Menu
If you decide to adopt a dog in the UAE, it might not only save their life it could help save yours, too. 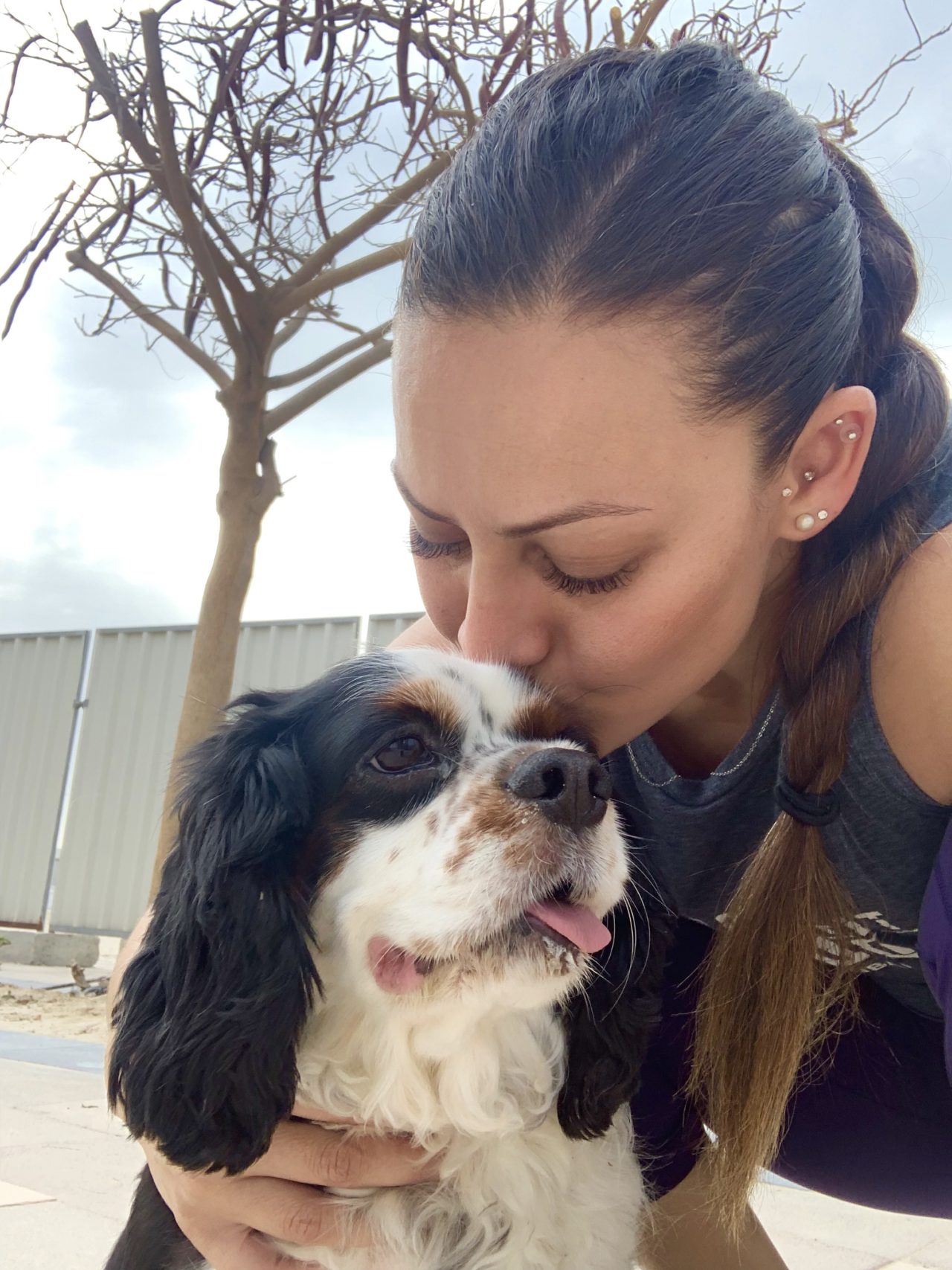 If you decide to adopt a dog in the UAE, get ready to boost not only your activity levels, but mood, energy levels and overall health, too. New research has found that dog walkers are four times more likely to meet minimum UK government exercise requirements of 150 minutes per week than everyone else.

The results came from a new study published in Nature, which examined 385 households in the United Kingdom to assess the physical activity levels of dog walkers compared to non-dog owners. Meanwhile, a range of other studies has found that walking boosts health, mood and can reduce the incidence of chronic disease.

UAE residents not only walk less than the global average — 4,516 steps per day compared to the 5,000-step global average, according to a 2017 study conducted at Stanford University — they walk their dogs less too.

It’s a not-uncommon sight around the country’s urban centers: maids and nannies walking their employer’s dogs.

The situation works out well for Mabel Bautista, a 47-year-old Filipina house maid. Since walking two high energy dogs — Saluki mixes — twice daily for the last four months, she has managed to control her extreme hypertension. In that time, her blood pressure has come down from a worrying 180/100 to a normal level of 130/90 and she has lost 6 kilograms.

Bautista walks the dogs for an hour in the morning and 30 minutes every evening around Abu Dhabi’s Sas Al Nakhl village. Before her employers adopted the dogs, she did zero physical exercise.

“I have changed my life and am eating better now too,” she said. “I am seeing my cardiologist this week so really hope to not have to take the medicine any more. I couldn’t have done this without the dogs.”

Reyhana Harper, 39, is the co-owner of Iconic Fitness in Dubai, and a dog owner herself. She and her husband rescued and adopted a 4-year-old black and white King Charles Spaniel from a dog shelter five months ago.

The South African has a set routine each day, taking Joey for two to three walks a day: one at 5am, one mid afternoon around 3pm and another at 8pm.

“Our walks are generally 20 minutes long, depending on how many dogs there are in the area or how thirsty or warm he gets,” she said. “We have an awesome lake in JLT, so sometimes we walk around the lake, which is about 1.6km.”

Having a dog is an easy way to be more active in Dubai, where the tendency can be toward being sedentary.

“I find this time to disconnect and ‘be with my dog’, whether it’s doing short runs or playing fetch. Joey is really good at playing fetch and running. We are super lucky that he was already trained when we rescued him.”

Not only does walking a dog force people to become more active, but it encourages healthy habits, she says.

“Since we rescued Joey, I spend less time on my phone and computer and we spend a lot of time playing,” she says. “I find it relaxes me, I laugh more and Joey is such a cutie, his personality is so playful which makes it more fun. We used to run in the mornings and he kept me accountable. He’d look at me as if to show excitement for our run.”

Leslie Strange, 37 and from Canada, lives in Dubai’s JVC neighbourhood. She points out that the walks can’t stop — even in the extreme summer heat.

“In the summertime, I usually go on three to four walks day with my dog, on top of the walks my husband also does with her,” says Strange. “I wake up early so that I can go for a run and then I go back and get my dog and take her on a 30 to 45 minute walk. It’s cooler in the mornings so I try to give her a good amount of exercise before I go to work.”

During the day, she and her husband take their three-year-old Saluki mix Sophie for short walks of up to 15 minutes so her paws don’t burn. In the evenings they take her for another 30 to 45 minutes when it’s cooler.

“During the winter months, I take my dog running with me, anywhere between 5 to 10 kilometers a day, on top of the normal walks we do,” she says. “We are able to get out and explore more during the cooler months and have pretty much explored everywhere in JVC. My husband and I try to combine errands with walking the dog. For example, we will walk to the dry cleaners or grocery store if there are only a few items.”

She says having a dog is a tool that cannot help but motivate people to be active.

“My dog absolutely helps me get out much more than I normally would,” she said. “I’m a runner, so that wouldn’t change but if I didn’t have my dog, I would just come home from work and do nothing. Having a dog makes you want to spend more time outside. I would walk my dog everywhere if I could, especially if there were more sidewalks.”

Responsible nutrition advice is getting harder to find on social media