Menu
November 2022 marks the inaugural edition of the Bike Abu Festival, a week-long celebration of pedal power featuring pro riders, events for amateurs, and entertainment for the family. And it’s all just part of the capital’s plans to become a major hub for velo lovers There’s a revolution happening in Abu Dhabi – and it’s taking place on two wheels.  Cycling has become increasingly popular in the nation’s capital in recent years. Riders of all... 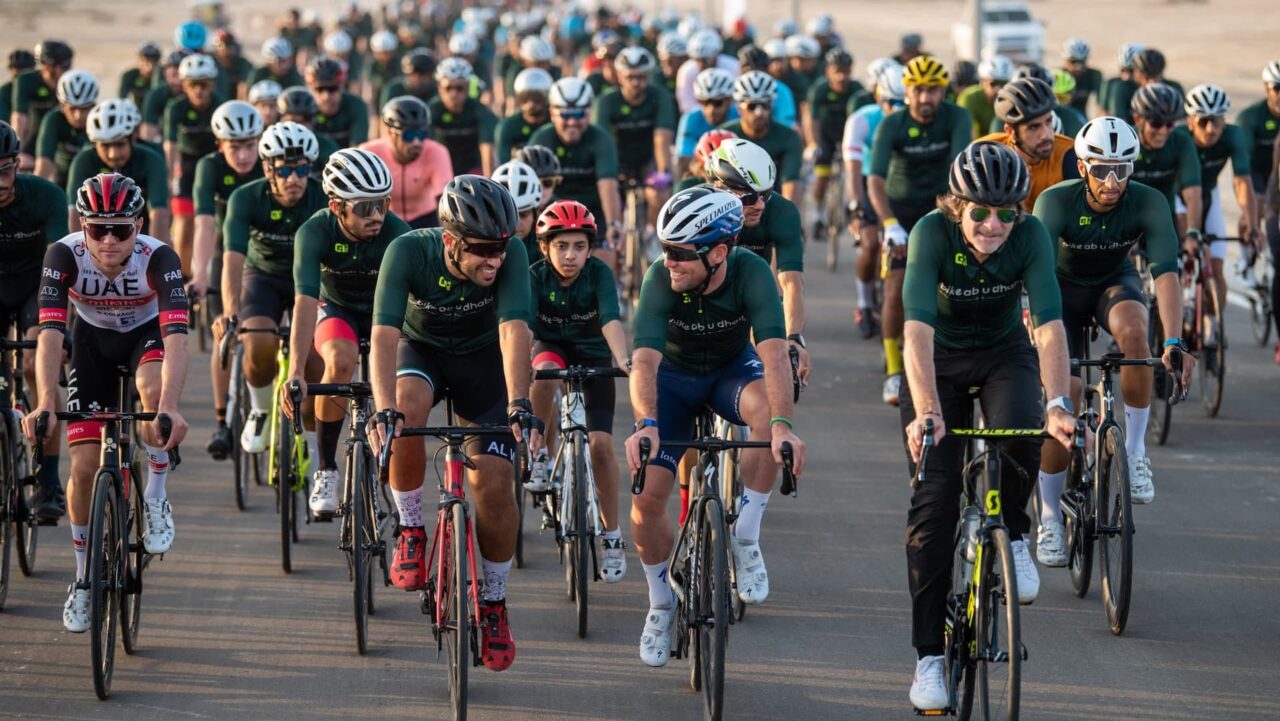 November 2022 marks the inaugural edition of the Bike Abu Festival, a week-long celebration of pedal power featuring pro riders, events for amateurs, and entertainment for the family. And it’s all just part of the capital’s plans to become a major hub for velo lovers

Cycling has become increasingly popular in the nation’s capital in recent years. Riders of all kinds of bikes now have a huge amount of rides and races to choose from every week, but the emirate really upped its game a year ago when it rubber-stamped its commitment to pedal power in being named Asia’s first Bike City by the sport’s governing body, the Union Cycliste Internationale.

Abu Dhabi is now an official cycling hub, and over the past year it’s been building on the plans to match that lofty title. His Excellency Aref Hamad Al Awani, Secretary General of Abu Dhabi Sports Council, said at the launch one year ago: “Achieving the UCI Bike City status acknowledges our ongoing efforts to encourage cycling across Abu Dhabi through emirate-wide commitments that expand our network of tracks, groups, events and activities to enable increased cycling adoption for sport, leisure and mobility.”

It’s safe to say those plans are going well. For starters, there’s a good chance you’ve seen construction crews working on building new bike lanes all over the capital. The scheme will include a 109km cycle track called The Loop, which will circle the main island of Abu Dhabi. There’s also another new track that has almost been completed between Reem Island and Eastern Mangroves. Incredibly, there are also plans to build a track between Abu Dhabi and Al Wathba, and another from the capital all the way to Dubai. Once it’s all done, Abu Dhabi will have more than 1,000km of cycle tracks — quite an upgrade over the current 300km.

There’s plenty more in store, such as a new 3,500-seater velodrome — an indoor cycling track. The city will also be the home of the 2024 UCi Urban Cycling World Championships (it recently held the 2022 edition as well) and the 2028 UCI Gran Fondo World Championships.

Can’t wait that long to get involved? The first-ever edition of the Bike Abu Dhabi Festival is a mix of amateur races, world championships, and more. During the week you can see some of the world’s best BMX stars at the UCI Urban Cycling World Championships, while amateur road cyclists can take part in the very first Bike Abu Dhabi Gran Fondo — a 150km race from Abu Dhabi to Al Ain. There’s serious money up for grabs, too: Dh2 million to be shared between male and female riders and various age groups. There’s also a family entertainment village including short bicycle courses, face painting, bungee trampolines, graffiti artists, street dancers, BMX stunt shows, live music, and lots more. You’ll need to head to Nation Towers on the Corniche to check it all out.

One man who is excited by the plans is Nekhaira Alkhyeli, CEO of Abu Dhabi Cycling Club. ADCC has been running since 2017 and now has a super-cool looking headquarters at the capital’s cycling destination Al Hudayriat Island. The club is a government initiative that is getting young Emiratis on bikes in a bid to discover the next Yousif Mirza, who rides for the Tour de France-winning pro team UAE Team Emirates. But they also host community events and work with local cycle clubs, such as Raha Cycling.

“It’s the first bike festival we’ve had in Abu Dhabi and a clear representation of the growing cycling community in the emirate,” he says. “It’s going to be a great week of celebration of cycling and shows that Abu Dhabi has been investing tremendously on infrastructure and cycling as a sport. We need to show the world our achievements and initiatives now we are a UCI Bike City.”

The festival is just another part of the jigsaw puzzle that is turning the city into a bike-centric hub, he adds.

“The main thing is the vision from our leaders — they want to promote all sports and for our people to have a healthy lifestyle. Cycling became very popular because of the huge investment in infrastructure, and accessibility to tracks, plus the events we do. In addition the success of UAE Team Emirates made it more popular, along with the annual UAE Tour. Once you try cycling you fall in love with it.”

Growing ADCC is also a huge part of this plan.

“We have competitive teams taking part in UAE Federation events and we will soon have a Continental Team and a young talent program,” he says. “We liaise with the police, municipality and other government entities as the voice of the cycling community. We are the first club in the UAE dedicated for cycling and also in the MENA region. I don’t believe there is a similar government club in the world. Put simply, we want to get more people cycling.”

The Loop will be a big help and are almost in the works: the contractor is scheduled to be on-site by December or January. Alkhyeli reveals that as well as the new routes mentioned above, there’s also plans to make a 47km elevated loop around the city. At seven meters wide, it will accommodate people who want to ride fast and train, as well as those on an easy ride around the capital, he explains.

“It’s all part of our leader’s vision,” he explained. “We want to promote a healthy lifestyle — train, ride, and enjoy. We want the community to be a healthy community.”

The UAE cycling race calendar is huge this winter

5 life lessons from The Lion King