Menu
As the UAE confirms its first case of coronavirus – in a family traveling from the Chinese city of Wuhan City – there’s still a lot of confusion around what the virus is, how fast it’s spreading and how worried we should be.  We know the Novel Coronavirus (2019-nCoV) originated in Wuhan and was most likely passed from a wild animal to a person. By the time you read this, the number of people affected is likely... 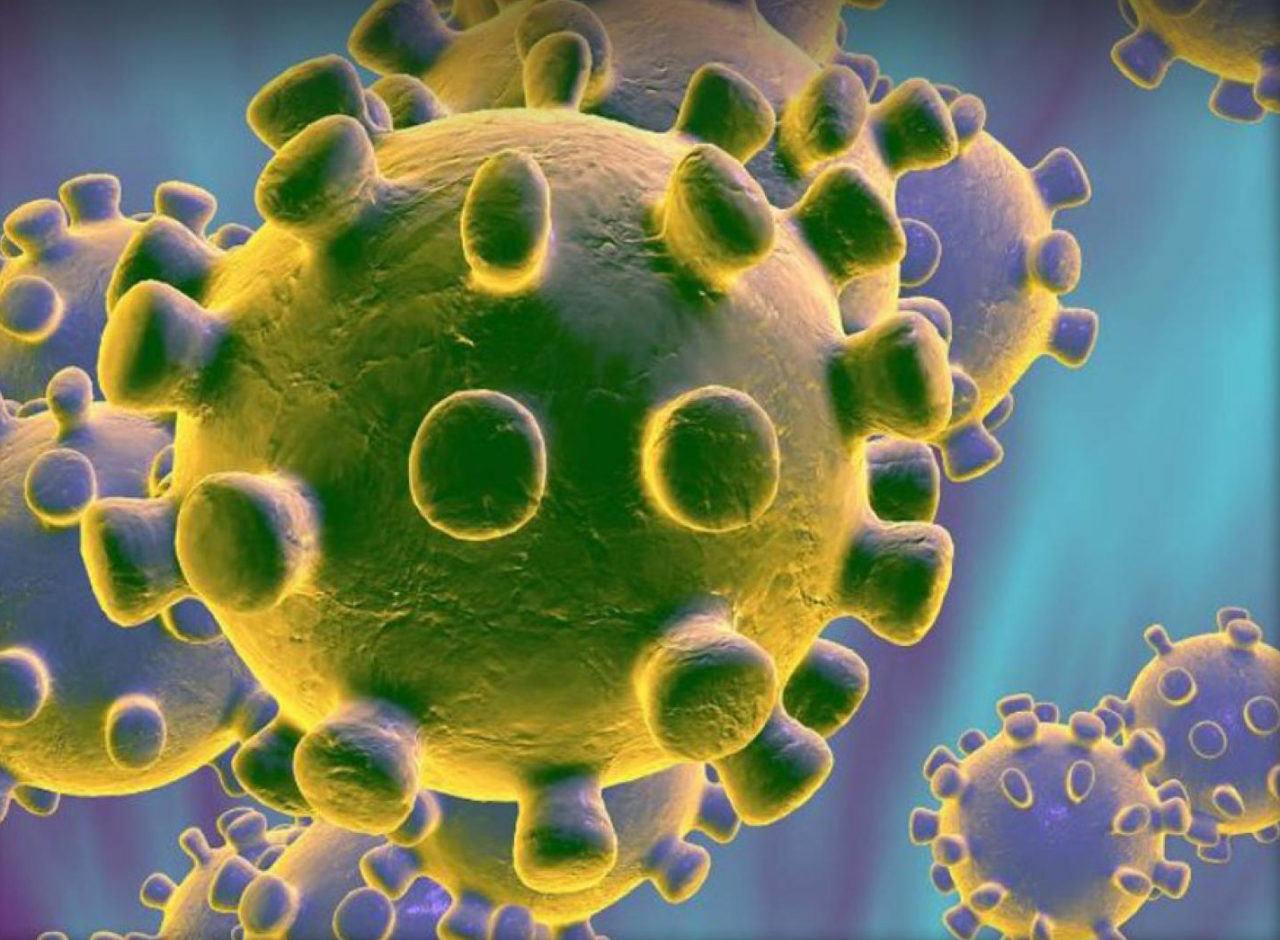 As the UAE confirms its first case of coronavirus – in a family traveling from the Chinese city of Wuhan City – there’s still a lot of confusion around what the virus is, how fast it’s spreading and how worried we should be.

We know the Novel Coronavirus (2019-nCoV) originated in Wuhan and was most likely passed from a wild animal to a person. By the time you read this, the number of people affected is likely to have risen from 132 confirmed deaths and more than 6,000 cases.

Although there have been no deaths confirmed outside of China, at least 16 other countries (and states) have confirmed cases of the virus including 14 in Thailand and eight in Hong Kong.

Alluding to a false alarm sparked by a fake email suggesting a patient with the new coronavirus had been admitted to Cleveland Clinic Abu Dhabi before the first cases were confirmed, the Minister of Health and Prevention, Abdulrahman Al Owais, called on the public to avoid “giving heed to rumors.”

So now that there are confirmed cases in the UAE, where do we stand? Does the new Netflix series, Pandemic, about the danger of a flu that will wipe us all out in the future, still seem a little far-fetched? Should we be worried? If so, how worried should we be?

We took our questions to an expert: Dr Sterghios Moschos, associate professor of cellular and molecular sciences at Northumbria University in the UK. He has developed a non-invasive lung test and in 2017 published research on taking these kinds of tests out of the lab and into airports and even the desert or the jungle. His team is now working on how to collect the correct kind of sample.

What is a coronavirus?

Coronaviruses are a family of viruses that circulate in animals such as civets (for example, SARS) or camels (for example, MERS) that are fairly easy to transmit and have historically been associated with aggressive diseases. These viruses have been “living” in areas of the Middle East and Asia, and people are generally well adapted to them. Like flu, every now and again some of these viruses mutate and jump into humans, causing disease. Both SARS and MERS have been pretty impactful to humans in the past. MERS is endemic in the Arabic regions, but it really only causes disease in people from other countries, for example.

How worried should we be?

Not that much. In simple terms: seven out of 100 people that have contracted the flu this year in the US have died. So far, this 2019 coronavirus has killed only 3 out of 100 patients. This may change in the future, but it is not that likely. You are more at risk of catching flu and dying from it, than catching this coronavirus. However, if you do get the coronavirus, then you have just under one in five chances of becoming really ill. But we don’t know exactly how many people have caught this virus and never had an issue, or have caught it and had minor symptoms. We cannot say if there will be any long-term side effects if you get it. It’s too early to tell, but the data published from China shows no cause for long-term alarm.

What is a worst-case scenario?

It looks like this virus is likely to spread a lot in the next few weeks. It takes time to show symptoms, and rumors (I emphasize rumors) suggest that it may transmit while infected persons show no sign of the disease.

All this may sound worrying, however. The Chinese did the right thing when they decided to shut down Wuhan and other regions, because they didn’t know how bad this could turn out to be. Patient numbers will keep going up, perhaps even in numbers that look very alarming, but there is no indication that the disease will increase its risk of death. Sure, it will quite likely knock you off your feet for a week or two like a bad case of flu. But it is half as likely to kill you as flu. Given how most of the rest of the world has jumped to attention to this problem, it is unlikely there will be sustained transmission across the world.

What are the similarities to the MERS outbreak in 2012?

MERS-CoV is a “cousin” of SARS, and they are both cousins to this coronavirus. SARS is closer to the Chinese coronavirus than MERS, and this makes sense because both SARS and the Chinese coronavirus were originally detected in China. MERS seems to be something that hides in camels and is endemic in the Middle East, but it has been reported in 27 countries since it was noticed in Saudi Arabia in 2012 and the Saudis still show 80 percent of the cases. This virus seems to like local populations that have left the “traditional” way of life behind them, and certainly foreigners that go for the “authentic” desert experience, with camels and all. Those still living in the desert appear immune to it. In this respect, our ability to detect the virus outside its normal environment has got much better, but MERS is part of nature. It’s not under control, it’s simply there.

What research is being done to prevent influenza outbreaks in future?

Every year you can get a vaccination to protect yourself from the emerging flu strains and the past strains that might be still circulating. Vaccine science for flu is so advanced that we can literally make and distribute a new vaccine each year in a matter of months. Simply put, we are doing the best we can to prevent the next flu outbreak, but, as this coronavirus outbreak shows, we can help ourselves more by preventing contact with wild animals, such as birds (which can carry flu), and keeping a close eye on any susceptible farm animals that are roaming free for signs of disease.

How at risk are we in the Middle East?

We don’t know how easily the virus transmits in environments like planes and in social settings where people are physically close to each other, and how well the virus survives on surfaces, for example, on bedsheets, sinks, door handles, etc, before someone can catch it. We also don’t know what level of exposure is needed to increase your chances of getting the virus, or indeed what influences your chances of getting the disease.

What we do know is that among urban dwellers in China (similar to urban MERS-CoV victims in Saudi Arabia as opposed to rural people) the damage and risk are relatively low compared to what MERS-CoV and SARS could do. Therefore it’s not too much of a stretch to think that anyone who was infected by Chinese tourists in the Middle East during the Chinese New Year trips will not be at any greater risk from the disease.

One must remember though that thousands of people infected in a city of 11 million – and a country of a billion – means that maybe fewer than 10 people, if any at all, could have visited the region. The Middle Eastern authorities should copy efforts in the UK and elsewhere to trace who came through from Wuhan between mid-December and now, to keep an eye on people that may have been exposed to the virus.

What is your advice to those planning travel to China?

It is not my place to issue travel advice and I would defer to national authorities for such matters. The Chinese clearly take a hard stance on this, so visiting Hubei (the province where Wuhan is located) right now is out of the question. The situation will develop over the next few days and any travelers should review this on a daily basis. Listen to what China is doing and what countries like Britain, Canada, France and the US are advising. If the numbers jump to hundreds or thousands in other countries, similar action to China may follow. But I very much doubt this will be the case.

How effective are thermal scanners at UAE airports?

People who might be experiencing fever are likely to take pills to mask it, for fear of getting “caught” and fear of being isolated, especially in foreign countries. On a more technical level, the data the Chinese have released show that the virus may not be detectable by lab tests when a swab is taken from the nose. This would be the first test after a temperature reading taken in an airport raised an alarm and it may not work. Instead, samples must be taken from inside the lung: a process that has risks and needs to be carried out in a hospital.

What symptoms should people look out for?

This virus produces symptoms that are common to dozens of lung conditions that could be viral or bacterial, including simple colds. What is not common to other disease is getting severe difficulty in breathing, and if that happens, the medical advice is always to seek medical help. If you don’t have severe difficulty breathing, haven’t been to China since November or haven’t hosted Chinese people in that period, then stay at home, nurse your cold symptoms and chill in front of Netflix – but perhaps not watching Pandemic.

How to protect yourself from coronavirus