Menu
Ultimate Fighting Championship is the largest mixed martial arts organization in the world — and it’s launching a new gym for hardcore fitness fanatics in Abu Dhabi. The Ultimate Fighting Championship – aka UFC — has become a big deal in the UAE in recent years. Yas Island, the official venue for UFC bouts since 2019, draws global attention and gets renamed as Fight Island every time it hosts a UFC event. But the UFC’s... 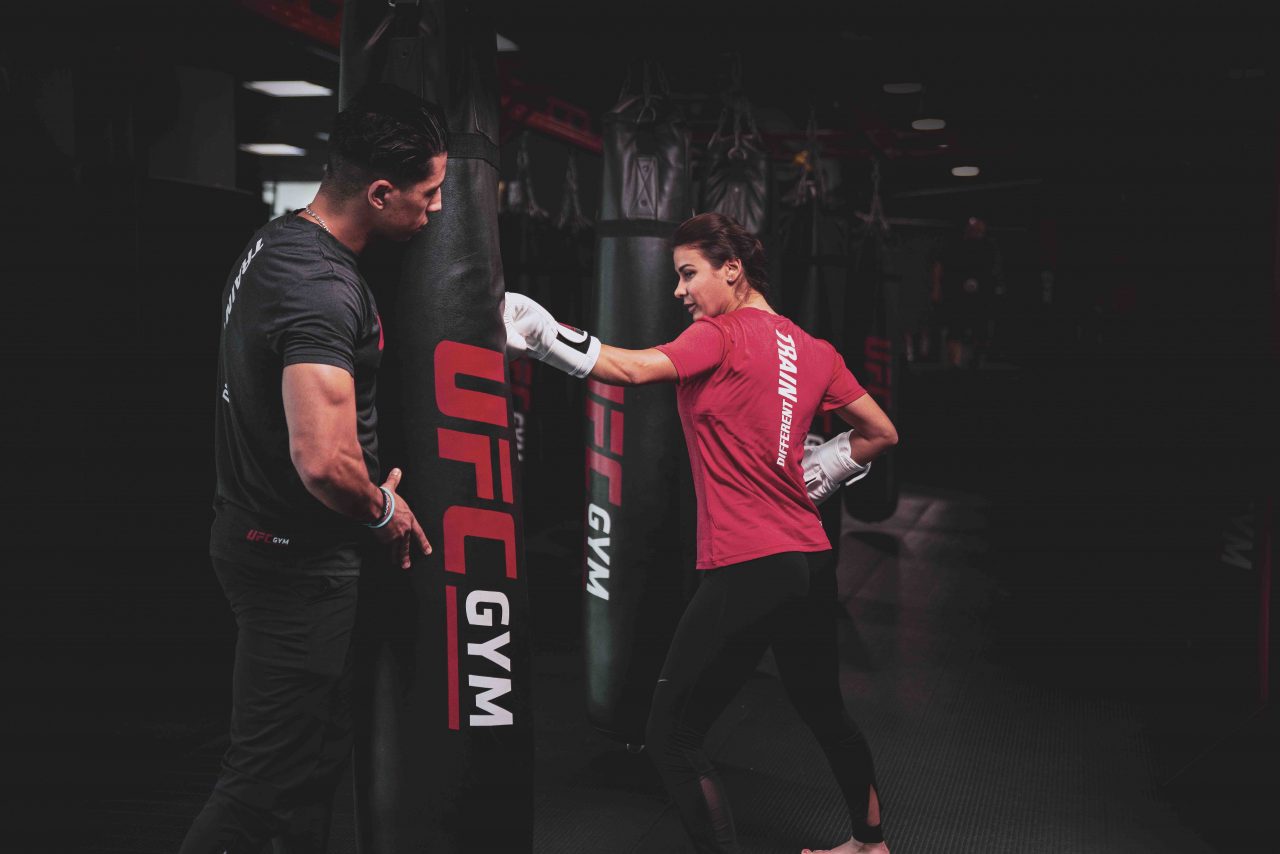 Ultimate Fighting Championship is the largest mixed martial arts organization in the world — and it’s launching a new gym for hardcore fitness fanatics in Abu Dhabi.

The Ultimate Fighting Championship – aka UFC — has become a big deal in the UAE in recent years. Yas Island, the official venue for UFC bouts since 2019, draws global attention and gets renamed as Fight Island every time it hosts a UFC event. But the UFC’s popularity is booming all over the GCC. Already, there are branches of its UFC GYM studios in Dubai, Bahrain, Egypt, Oman and Kuwait.

The UFC GYM Middle East brand launched in 2016 and following the opening of a branch in Dubai, the next new place to train in mixed martial arts (MMA) fitness will be located in Mohamed Bin Zayed City. Spanning three levels across 149 square meters, the facility’s key focus is to offer members authentic UFC training. And it’s not just for the grown-ups; anyone aged 12 years and above can take part.

UFC GYM focuses on harnessing MMA skills to enhance not just the body, but the mind as well. New students are set on the road to success with a supportive community; the idea is that if you need a little more motivation or an extra push, their energy and friendly competition will help to drive you to new levels of fitness and you’ll make a friend or two along the way.

The super supportive coaches are elite athletes who have dedicated their lives to fitness. To call them the real deal is an understatement — they’re put through (and must pass) a rigorous, science-backed certification process designed exclusively for UFC GYM.

“Abu Dhabi has become a central focus for MMA and UFC over the past few months and will continue to be the central point for UFC events in the future, making it the ideal location for a new UFC GYM,” says Wissam Abi Nader, UFC GYM director, Middle East Franchising.

You can even step into the Octagon — UFC’s famous eight-sided fighting ring — to spar with fellow wannabe fighters. There will be a number of fitness classes, plus lots of speciality equipment to aid training.

The ground level will be dedicated to a multi-functional freestyle fitness area, which is where UFC GYM’s signature class, a circuit-style 50-minute HIIT class with circuits called Daily Ultimate Training, will be held.

The first floor focuses on Brazilian Jiu-Jitsu, MMA, boxing, kickboxing, conditioning, Fight Fit (a one-of-a-kind class where you’ll learn basic MMA skills with a cardio kick), and the 7.3-square-meter Octagon, giving you the opportunity to practice in the ring.

The second floor will feature a studio for Zumba, yoga and spinning, barbell conditioning, as well as an extensive range of resistance machines and a cardio area, with ladies-only classes.

There are different types of youth programs aimed at improving overall body coordination, agility and strength. The idea is to help combat the negative impact of screen time through the positive influence of fitness.

“We’re beyond excited to open our first branch in Abu Dhabi and become an integral part of its vibrant fitness community,” said Abi Nader.

If you are looking for a new way to burn hundreds of calories or if you want to find a place that instills some discipline into your regime, check out UFC GYM as it makes its debut in the capital.

How much of our immunity is in our mind?