Menu
I am a baby when it comes to meditation. I’m not a guru, I haven’t been to an ashram and I’m not a member of a contemplative Eastern religion.  What I am is a person who has struggled with sleep for well over a decade and didn’t even really know why until I started regularly doing guided meditations.   By day, I’m a teacher. I teach middle school English and my day starts ferociously early.  I’m... 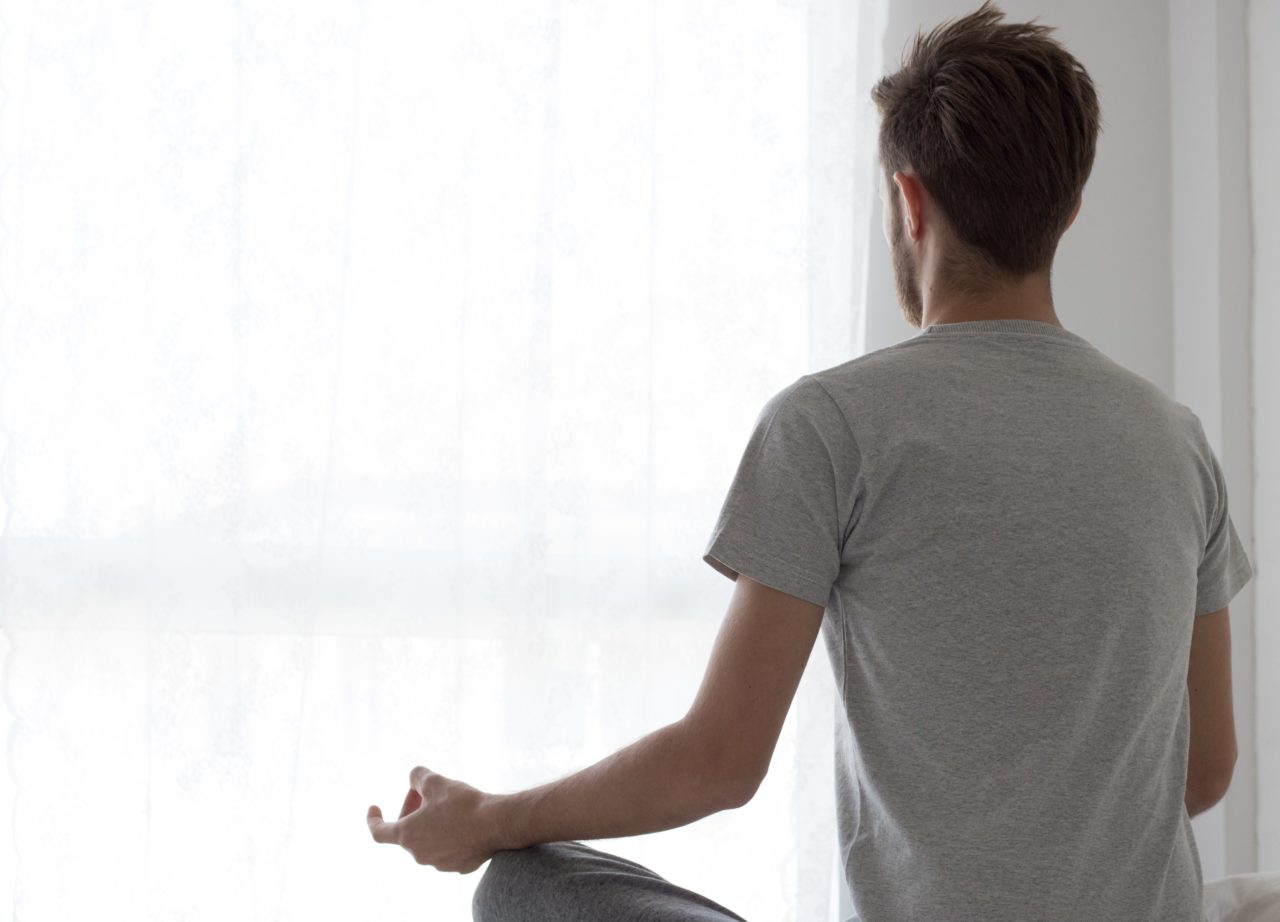 I am a baby when it comes to meditation. I’m not a guru, I haven’t been to an ashram and I’m not a member of a contemplative Eastern religion.  What I am is a person who has struggled with sleep for well over a decade and didn’t even really know why until I started regularly doing guided meditations.

By day, I’m a teacher. I teach middle school English and my day starts ferociously early.  I’m at work by 7am, which means I get up around 6am every weekday. I’ve been doing this for 15 years now so I know how important it is to get proper sleep. The problem was, I’ve never been able to fall asleep until midnight or later.  I’ve always just tossed and turned or not been sleepy until then. It didn’t matter what I ate, when I drank caffeine, whether I exercised or not. There was no factor I could identify.

A few months ago, I started doing yoga, and began noticing a lot of benefits to my mental state. I was calmer and less prone to mood swings or losing my temper. It made me want to explore more and meditation seemed like a logical next step.

I tried a few short exercises, of the “clear your mind” variety, but didn’t have any luck. My thoughts were a raging stampede that I could not restrain. I figured that meditation just wasn’t for me.  But the English teacher in me who loves to learn wouldn’t let it go at that. I decided to read Waking Up by Sam Harris, which talks a lot about meditation and mindfulness, and it got me thinking about both of those topics in new ways.

Before, I had been dismissive of mindfulness; it was ‘woo woo hippy nonsense.’ But Harris’s book helped me to see it much more simply as a way to examine my own thoughts and emotions and gain a measure of control over them through that process of examination. He also mentioned guided meditations several times, sometimes promoting his meditation app, which was also called Waking Up. (good brand consistency, Sam!).

As a naturally frugal (or cheap, you know, whatever) person, I liked the idea of someone guiding me through meditation, but I didn’t want to pay for his app or for someone to guide my meditation in person –  at least at the beginning. If this was something that I wanted to pursue further, then I would go down the pay-for-it path, but as I was just dipping my toe in the transcendental waters, I figured there had to be free guides out there somewhere in the land of Internet.  And I was right! A quick search brought me to The Honest Guys, who have a ton of free guided meditations on YouTube. One day, I had some time to kill and wanted to relax a bit, so I put one on. It was the first one I saw on their channel labelled Guided Meditation, and it was called “The Seat”.

This quick 16-minute meditation kind of rocked my world. My concerns dropped away, I reached a deep state of relaxation and, oddly enough, my face started tingling. I still don’t understand that part as I haven’t felt it again since. But the effects were dramatic enough for me to realize there was something real to investigate.

I did one or two more meditations in the next month and was impressed by how quickly I could relax. But that was about it. I liked it, but I didn’t see it as being properly useful in a day-to-day sense.

And then one day, another YouTube video appeared in my “recommended” queue. It was a guided sleep meditation from the same channel, The Honest Guys, and as I’ve always struggled to fall asleep, I thought it was worth a shot.

So, I got cozy in my bed, put the video on my plugged-in phone, flipped it over so that the light from the screen wouldn’t disturb me and pressed play.  There was soothing music and a very calm British voice walking me through a tranquil scene. The next thing I knew, my alarm was going off and it was 6am. I was shocked. Usually I have to get up to go to the bathroom once or twice each night, but not this night.  Nor had I tossed and turned with restlessness. There was just the sweet oblivion of deep, dark sleep.

I swear, it was like being hit by a magic spell out of Harry Potter. I couldn’t wait to try it again, to see if it was a one-off or something that was repeatable and beneficial.

The next night I chose a different guided sleep meditation and again, I crashed hard almost immediately. So it wasn’t a fluke.

I was hooked. I have used these guided meditations nearly every night since that first revelation – about 20 times now and it has worked 19 of those times. On the night it didn’t work,  my bathroom ceiling had a very loud major leak and I was very stressed out about it.

Instead of never getting to sleep before midnight or even 1am – and that’s on a good night – I now can control when I sleep. I’ve been able to get to sleep at 10pm or even 9.30pm, meaning I am getting a much healthier seven to eight hours of sleep instead of the four to five I was used to. I find I need less caffeine to get through the morning and feel more rested during the day.

This is all well and good, but what was weighing on my mind was – why? Why would listening to someone talk and some nice ambient noises have such a drastic effect on me? Why would it immediately and consistently break a lifelong pattern of behavior?

The answer to that is: overthinking.  I couldn’t get to sleep because I had been churning things over again and again when I was trying to settle down. Without a distraction my mind just raced. It went over the problems of the day, it pondered the challenges that would be coming in the next one, it re-lived conversations that happened or that I wished had happened. All the usual culprits.  When I used the Guided Sleep Meditations, it got me breathing more intentionally and then it gave me something to focus on instead of my own thoughts. The images and sounds were carefully crafted to give my mind space, to not focus on the day-to-day minutiae that were keeping me wired before.

There are many other forms of meditation I would like to investigate. I have no idea where that path will take me, what secrets it will unlock, or how it will help me develop as a person. This has been a fantastic place to start my meditation journey and I think for many other people it could help open up a part of life they have not yet managed to access.

Right now, though, it’s 10pm and I have work in the morning, so I’m going to cue up another meditation video. See you in about eight restful hours.

Inside the first-ever Livehealthy Festival