Menu
Healthy eating takes time and effort and can sometimes be overwhelming. Even though I edit livehealthy.ae and read about this stuff all day long, I struggle as much as the next person to make the best, most balanced choices for my health. I also have to accommodate increasingly common food intolerances to sugar, diary and wheat. And like anyone else, I find it harder to make healthy choices in the face of stress. And then... 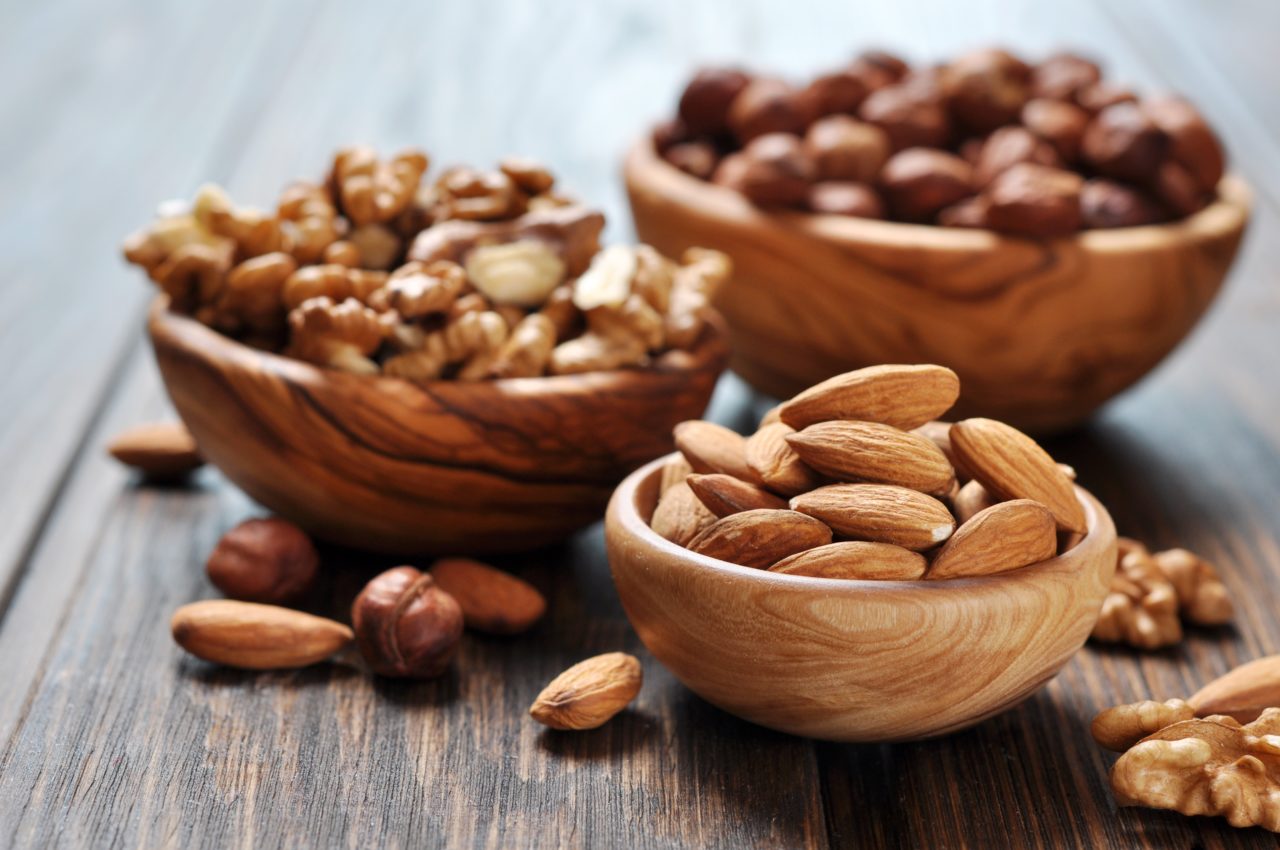 Healthy eating takes time and effort and can sometimes be overwhelming. Even though I edit livehealthy.ae and read about this stuff all day long, I struggle as much as the next person to make the best, most balanced choices for my health. I also have to accommodate increasingly common food intolerances to sugar, diary and wheat. And like anyone else, I find it harder to make healthy choices in the face of stress.

And then there is the expense of healthy eating, particularly here in the UAE. An organic cut of meat or bag of nuts can cost three times as much as the regular version. That’s why I like to make things easier and cheaper for myself. Here is my list of 9 healthy, wallet-friendly hacks to stay on track and keep my costs down. 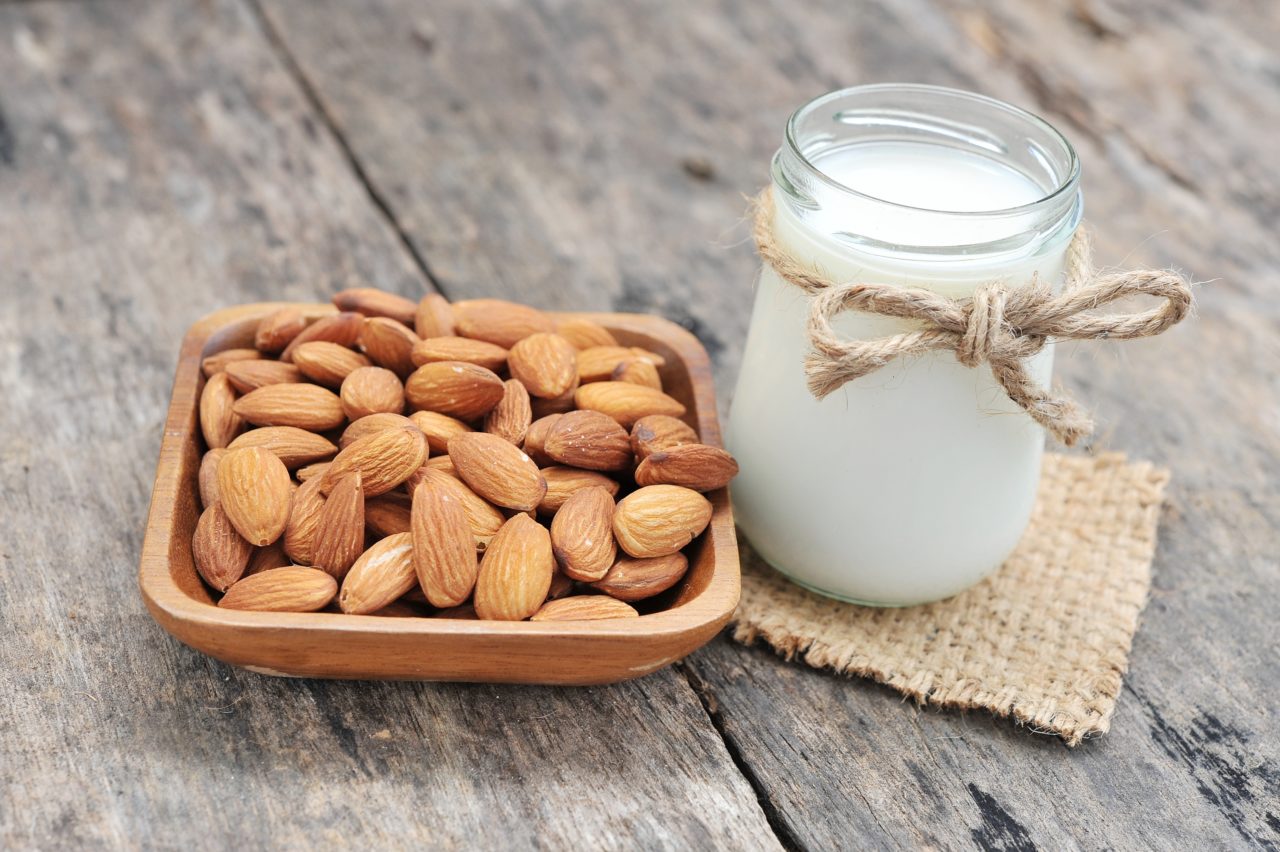 I haven’t been able to drink milk for years now, but those boxes of nut milk have always bothered me. There’s the expense (Dh20 and up for different nut varieties), the excess packaging and the feeling of always running out. Also, organic boxed varieties contain extra ingredients I’m not sure about, like thickeners and stabilizers. I’ve thought about making my own nut milk, but it always seems too complicated. Then one day a friend told me about the easiest of hacks: simply put a few tablespoons of nut butter into about half to three-quarters of a cup of water, add a pinch of salt, blend and  – hey presto! – nut milk. I make it in my NutriBullet and then just store it in the container in the refrigerator. Sure it’s frothier than the boxed variety and it separates when stored, too, but a quick shake soon fixes that. This is a much cheaper and simpler way to ensure a steady supply. I haven’t bought a box since. 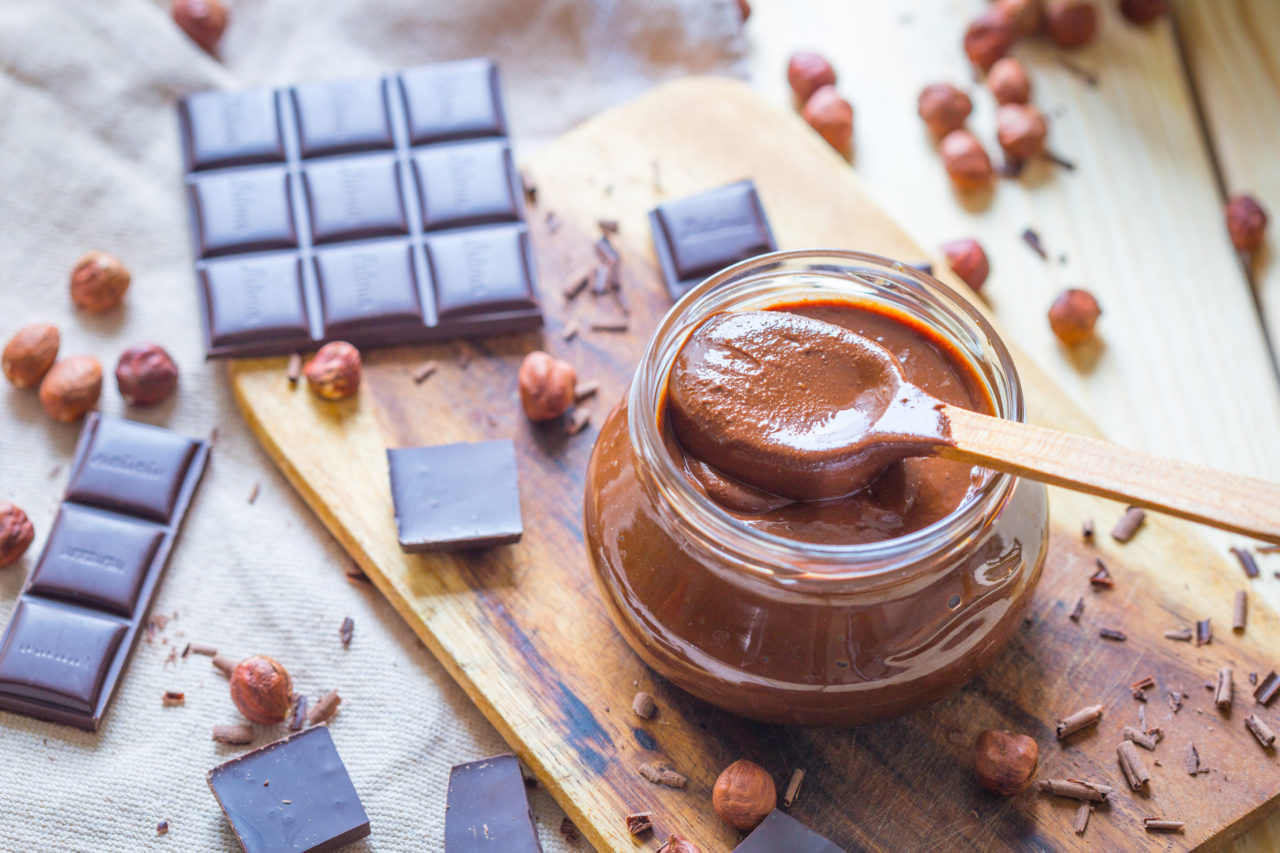 I’ve tried making a healthy version of my favorite candy snack, Reese’s Peanut Butter Cups, but gave up after several disappointing tries. The process was labor-intensive and I could never get the top and bottom soft enough so that the peanut butter wouldn’t leak out of the middle. Then a few weeks ago, as I tucked into a square of dark chocolate while gazing at a jar of almond butter in my cupboard, it hit me. So go on, spread a little dab of the nut butter of your choice on a dark chocolate square, just like I did. It’s a pretty healthy sweet treat, not to mention delicious.

Frozen cauliflower rice for everything 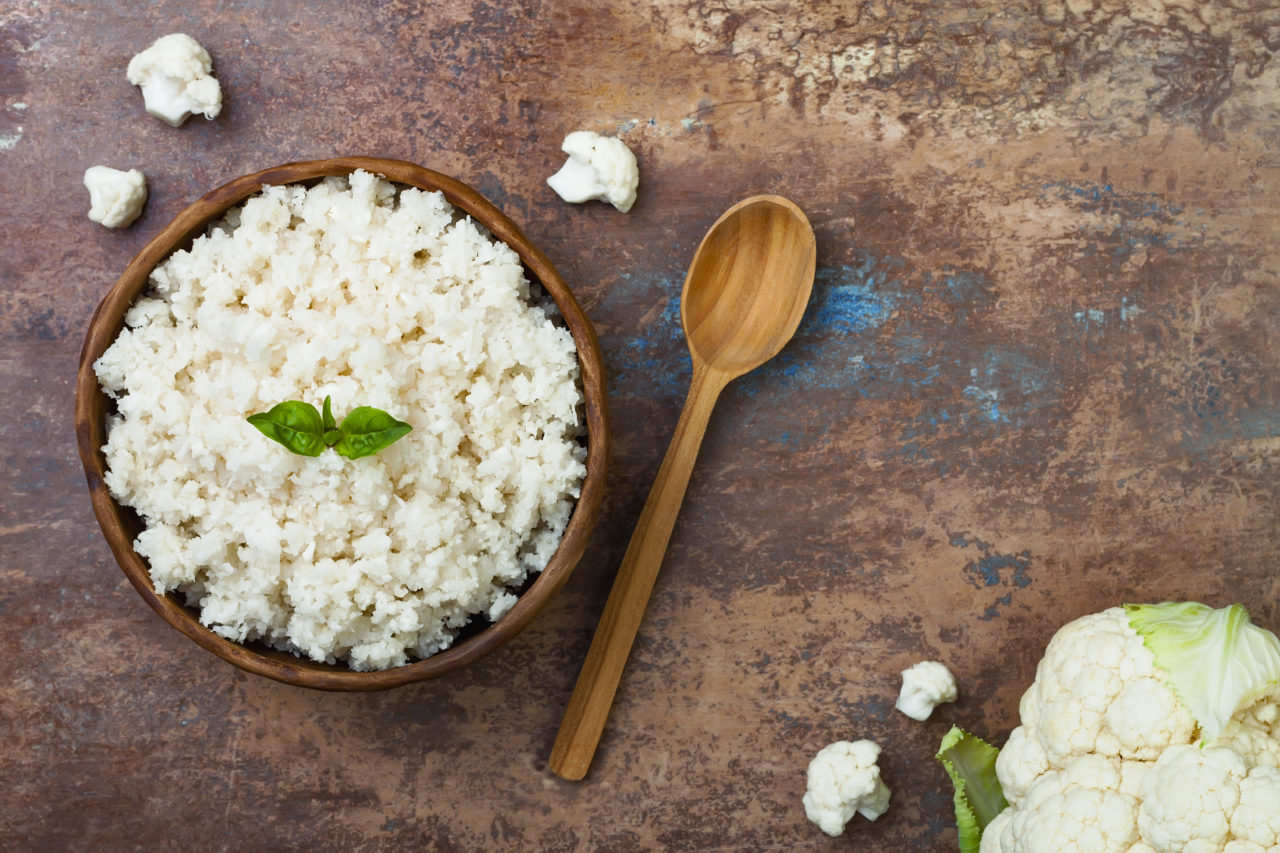 I always have several silicone bags of uncooked cauliflower rice on hand in my freezer, because they make it easier to whip up a healthy meal on the fly. Every week or so I rice a head of cauliflower in my hand-cranked ricer from Tavola – the  perfect size for a singleton – and  tuck it away at the bottom of the stack in my freezer. Then I saute or steam the cauliflower rice as a healthy base to use in an assortment of bowls, stir fries and even soup – something I probably would not bother making for lunch or dinner if I had to wait for real rice to cook. Cauliflower rice is ready quickly, it doesn’t taste like anything and the texture is great. Even if I’m craving a takeaway Indian or Thai curry, I’ll steer clear of heavy rice or naan and use my own cauliflower rice instead. 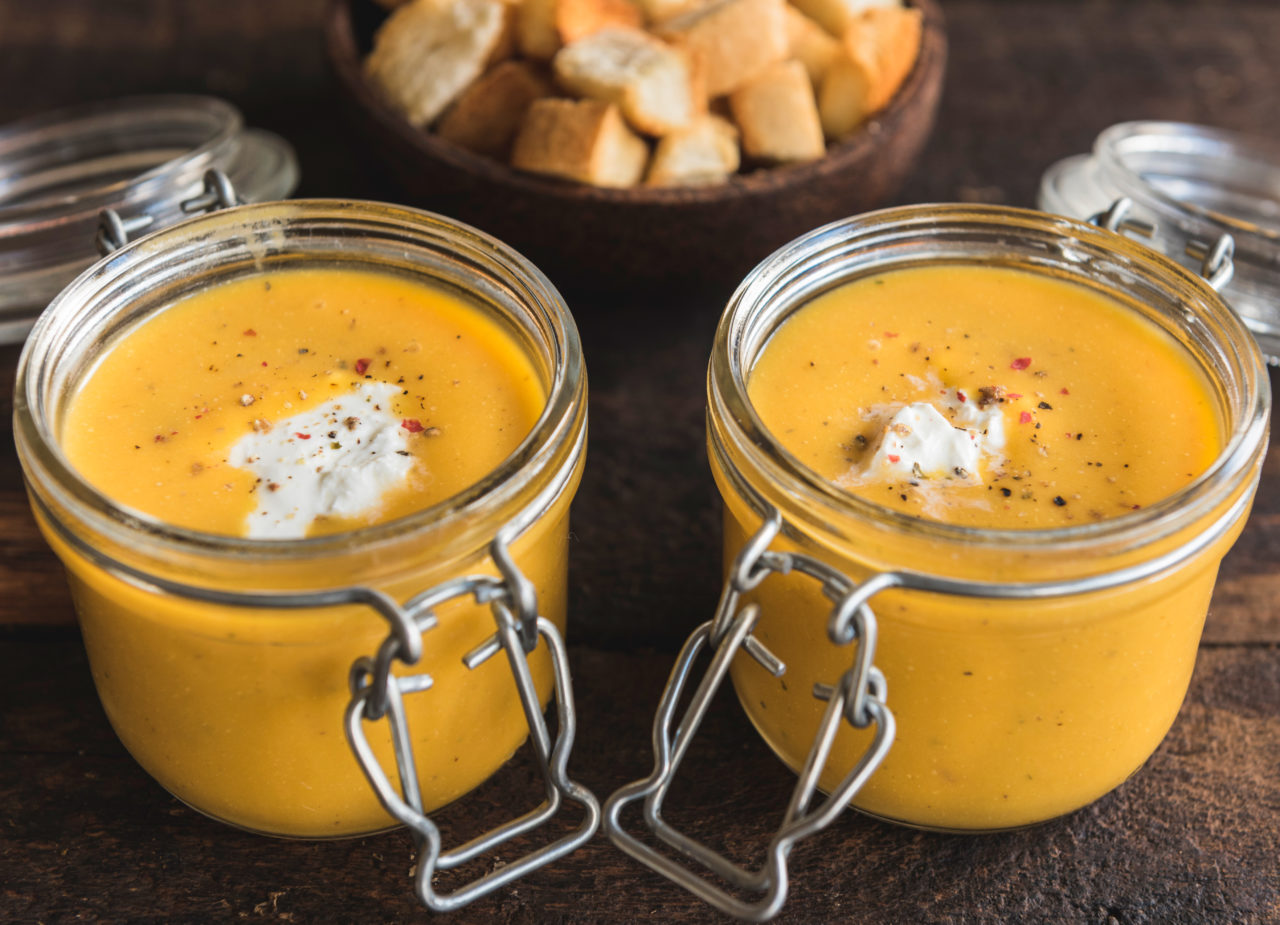 I like to make a batch of soup every two weeks or so, eating a bowl or two and then freezing single servings in old glass jars that I wash and save. The jars stack up two by two, and it’s easy to tell the varieties — mushroom, butternut squash, vegetable — when I open my freezer. When I take the jar out in the morning, by lunchtime I’ll have a hearty and healthy serving of vegetables that’s easily heated at home or at the office. Although you wouldn’t think so, soup works well in the UAE summer when most offices are frigidly cold.

Nori wraps for everything 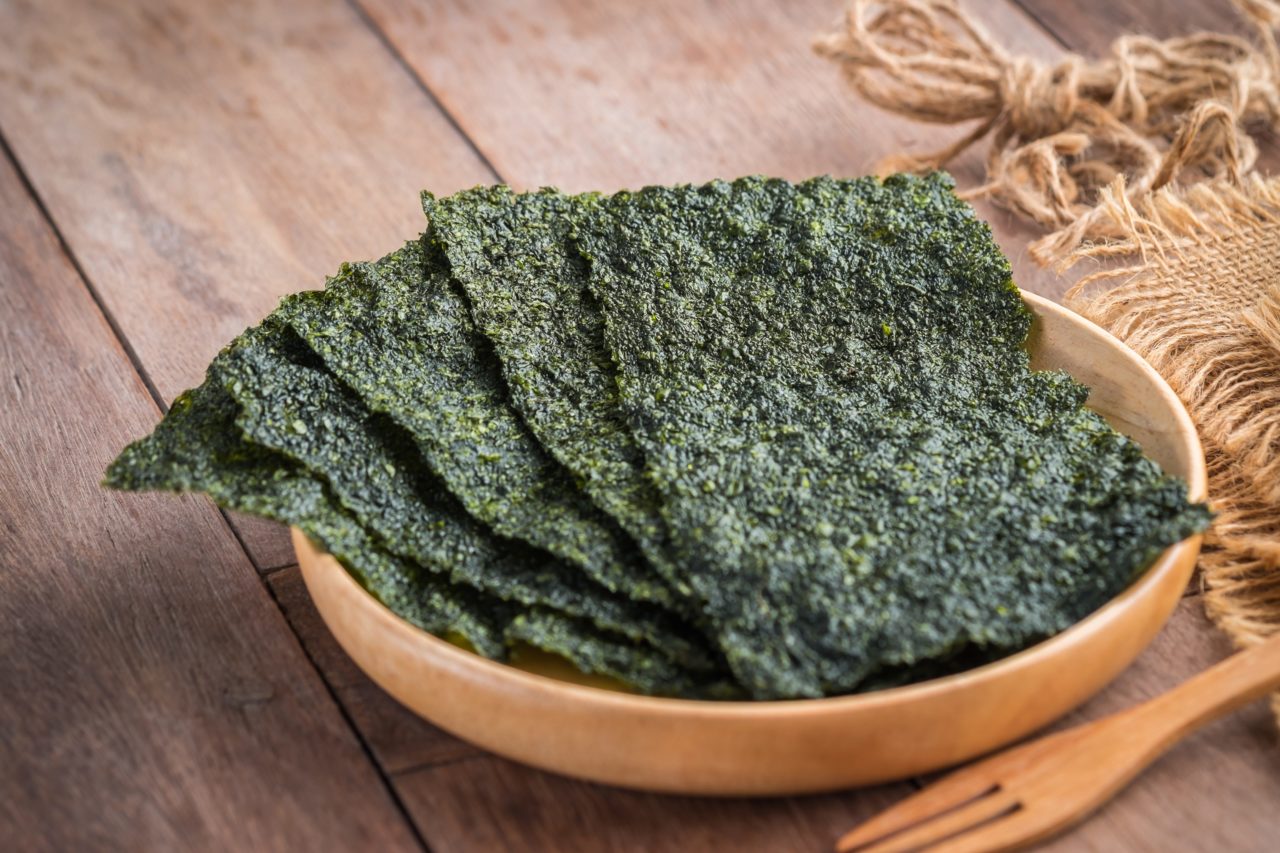 Make your own sushi cone in a snap by keeping sheets of nori to hand. Thanks to Nicole Diaz, aka Holistic Hustle on Instagram, for this trick. I like to put quinoa, mango, avocado and green onion in mine, with a dash of lemon. Or I mix cauliflower rice with a little cashew “cream cheese” and a dash of rice vinegar, spread it on the nori and roll up slices of salmon or tuna, avocado and cucumber. 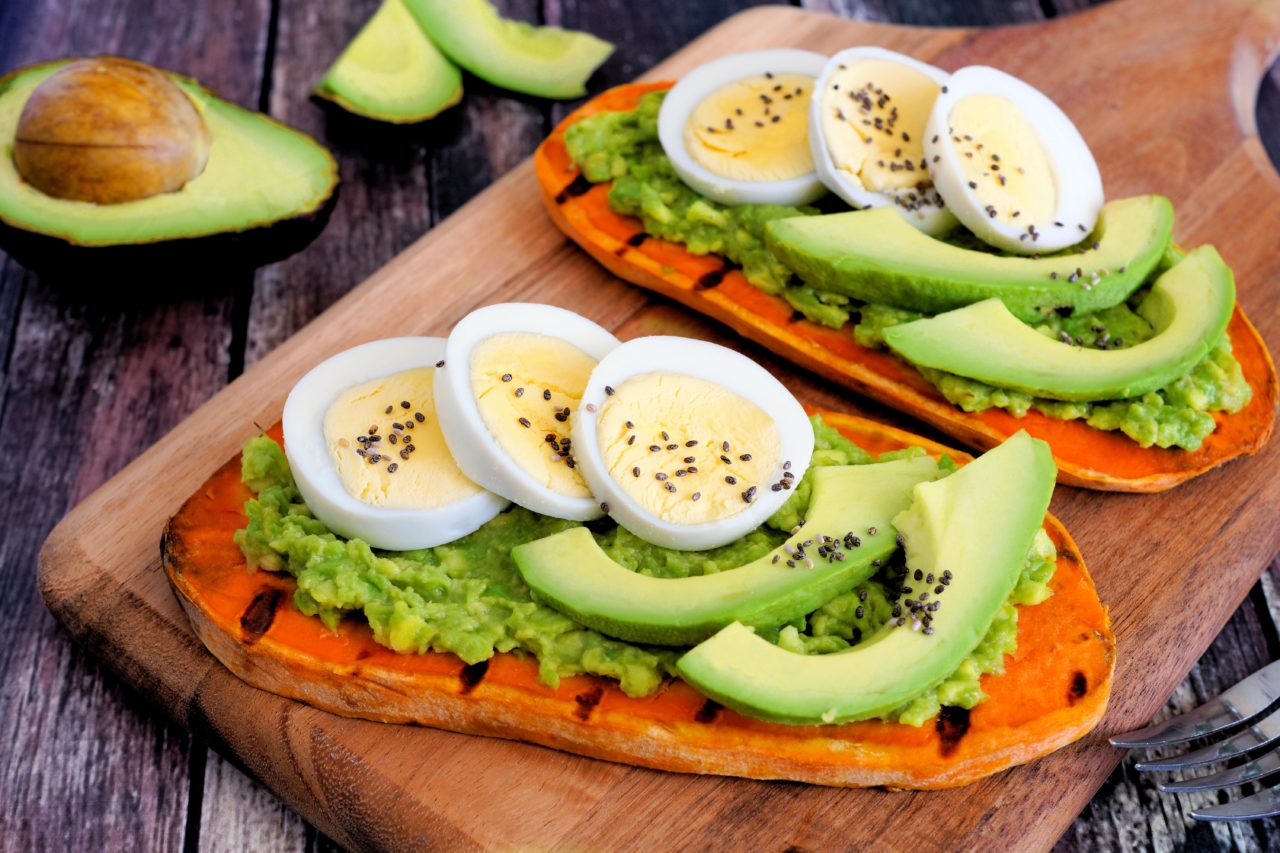 I try not to eat bread very often, so I was pretty excited about the sweet potato toast trend. I just keep a couple of huge sweet potatoes in the crisper/vegetable drawer of the fridge and cut off several slices each time I need them. You can cut them length or width-wise, but I find I get more out of each potato if I go for  widths. I run each slice through the toaster at least twice, if not three times. My topping of choice is homemade guacamole, but I’ve been known to have sweet potato toast with almond butter and a slice of bacon, or cashew spread and a slice of tomato. They also make a great base for a fried or poached egg. 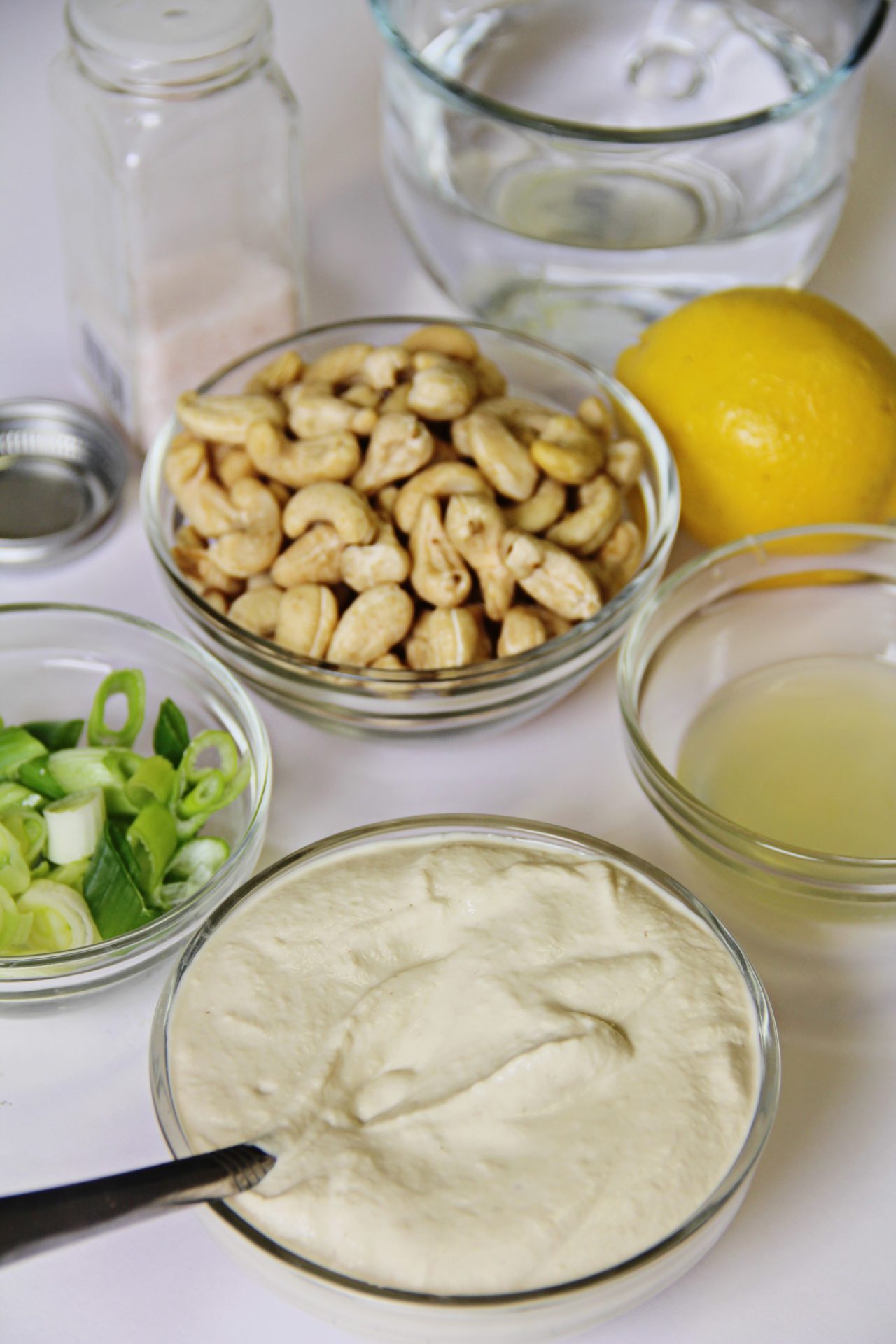 The idea of making my own cheese was not appealing, but when I got fed up with the high cost of some of the varieties for sale in the UAE, I decided to try. After checking out recipes online and on social media, I was able to merge them together into just three ingredients: a cup of cashews, soaked for a few hours in coconut water with a few shakes of nutritional yeast (cheese substitute) added in. Scoop out the cashews and blend in a food processor or even a NutriBullet, adding the coconut water back in slowly to reach your desired consistency. I use the term “cream cheese” loosely, but this spread is tasty. I’ve layered it in a vegan eggplant lasagna, spread it on veggie crackers and even used it in homemade sushi. I’ve also frozen half the mixture in a glass jar after making too much and thawed it out several weeks later, without sacrificing consistency or taste. 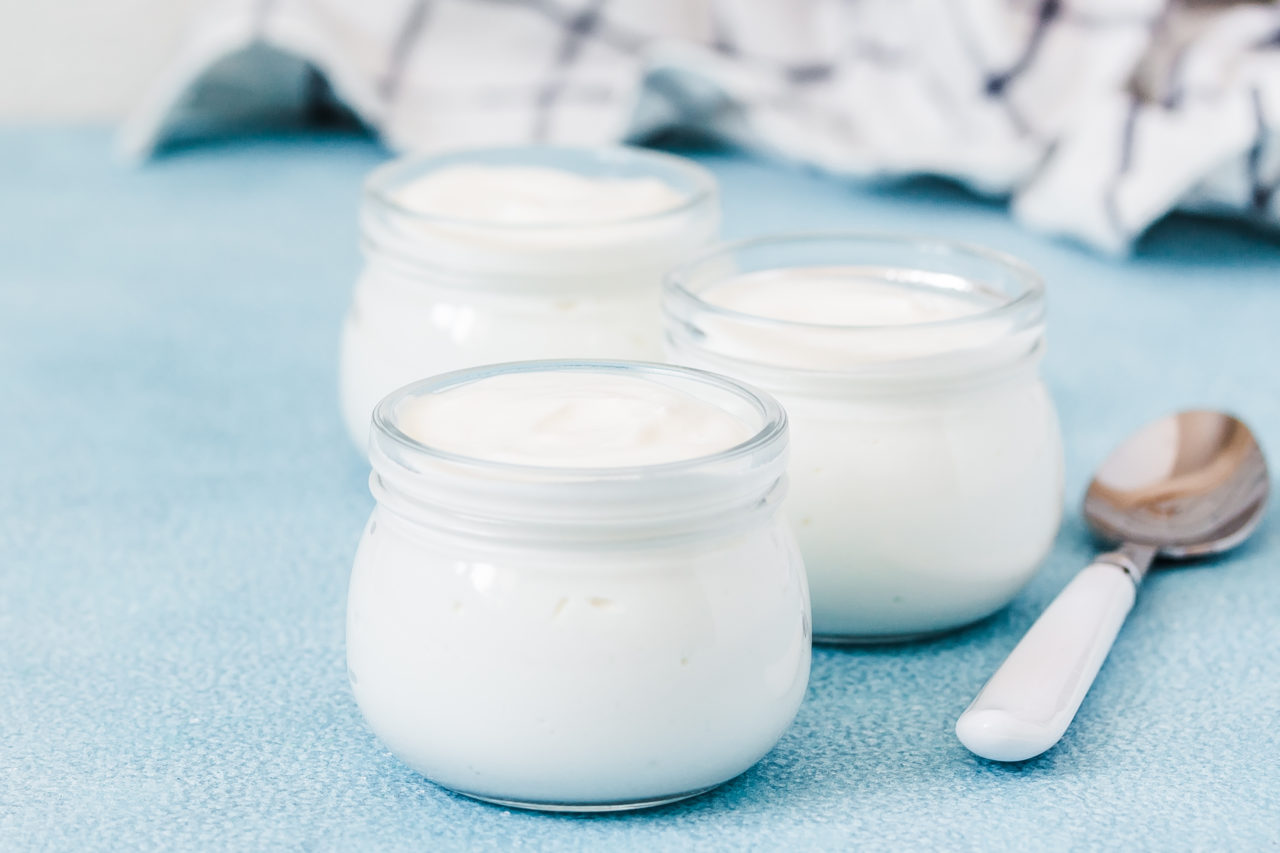 Ever looked longingly at Dh43 containers of CoYo in Spinneys and then just walked away empty-handed? I have too. That’s just way too much to pay for anything, even delicious vegan coconut yoghurt. But I miss thick Greek yoghurt and I’m not a fan of the soy versions, so I’ve been experimenting with making my own. Using a recipe from The Kitchn, I took the thick cream from the top of a can of coconut milk, mixed it with the contents of 4 probiotic tablets, then put it into a sterilized glass jar and left it in my oven (which had been heated to 100F but then turned off) with the light on overnight. After a day of refrigeration, it was just about perfect. Right now I’m all about livehealthy.ae writer Danae Mercer’s super-easy hack: take a can of coconut milk, add loads of chia seeds, shake every few minutes and a few hours later, eat. While this method lacks the sour aspect of a “real” yoghurt, squeezing in a little lemon gives it the kick it needs. 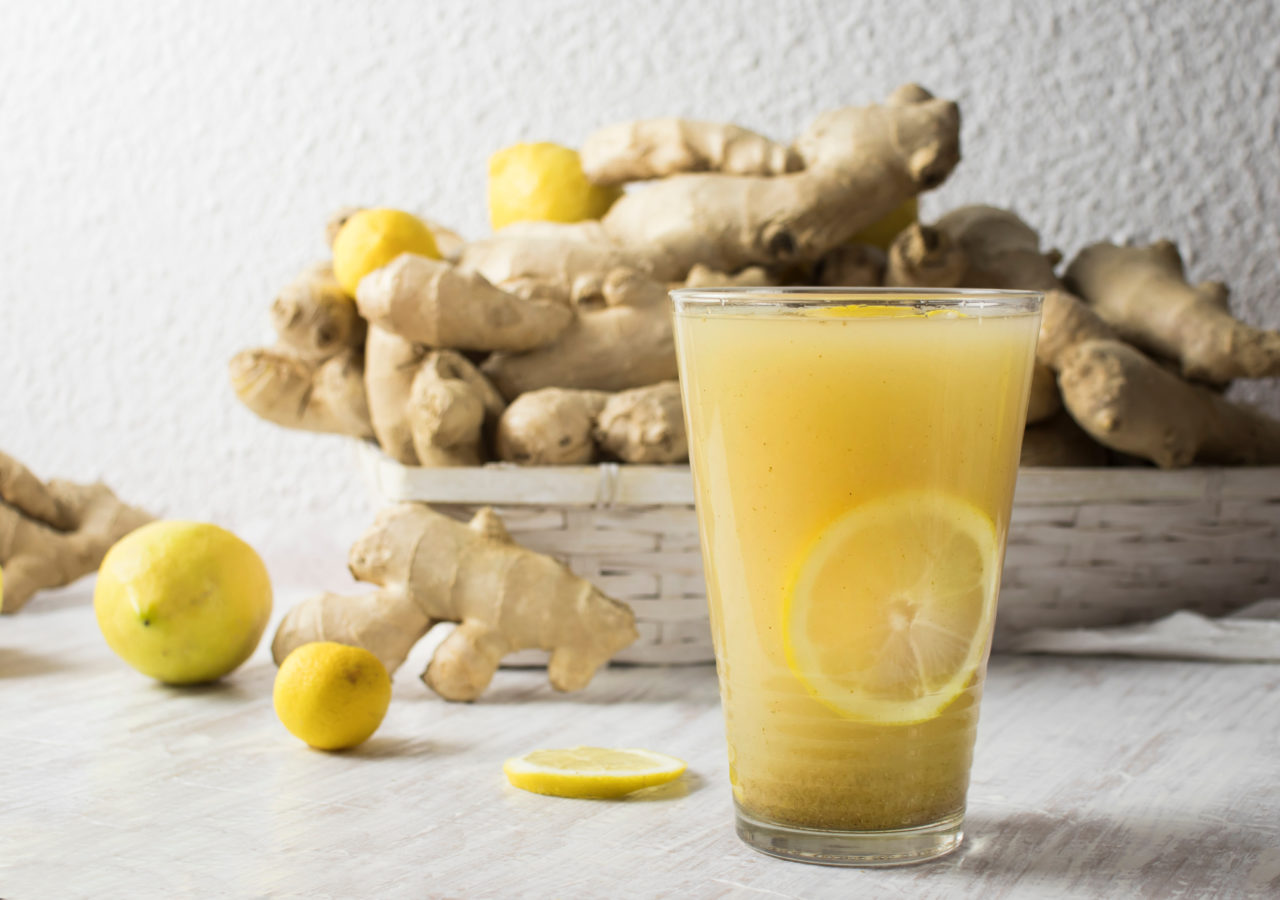 What I miss most about my last office job was the steady flow of fresh ginger tea, courtesy of the tea man. It was only recently that I came across a method for making a big batch of ginger “juice” that’s super easy and versatile. Just peel and chop a few pieces of fresh, organic ginger and blend with a cup of water. After blending the ginger and water, I laid a tea towel across a bowl (the recipe called for cheesecloth but I only had a tea towel and it worked just fine) and poured the mixture into it, squeezing out the butter-yellow juice and then funneling it into some glass cork-top bottles from Ikea. The juice works great in stir fries, salad dressings, heated up into a tea with water, lemon and honey or with a squeeze of lemon in mineral water.

Children need more activity and healthier food: here's how parents can do it 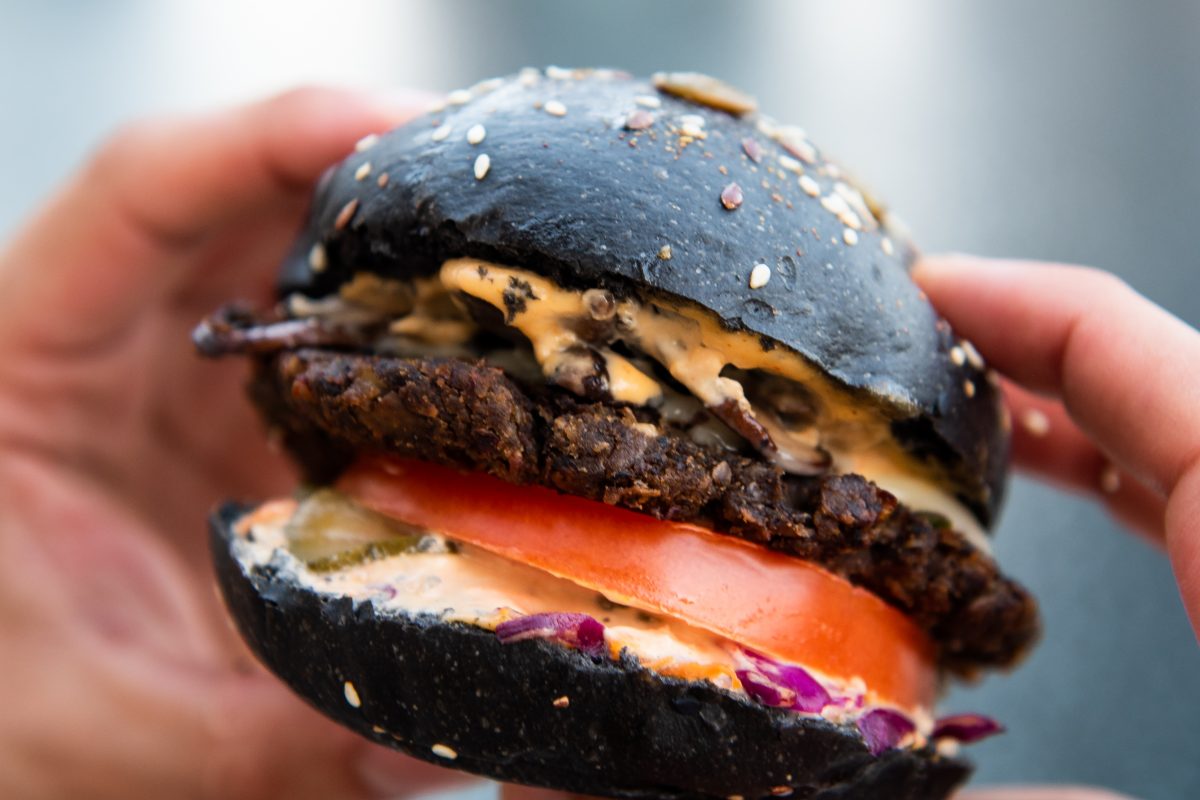 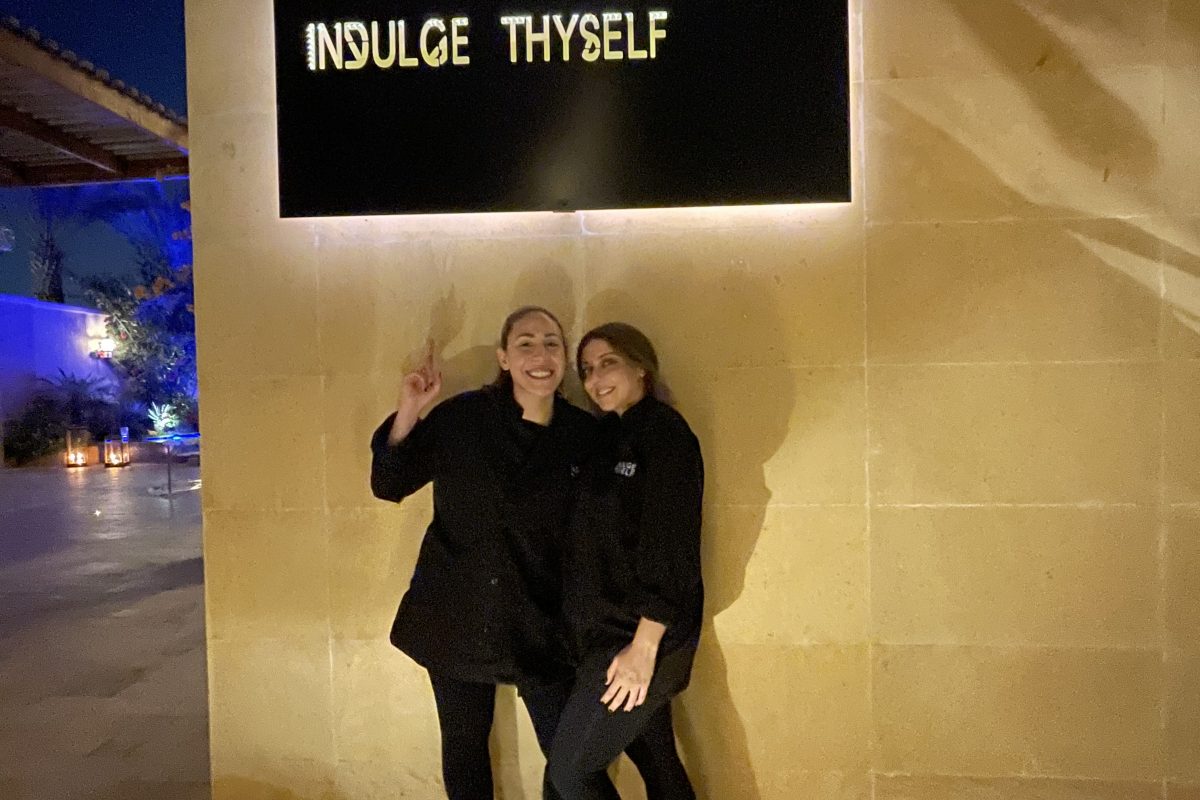