Menu
A tech blogger partners with Cisco to write a children's book about internet safety. 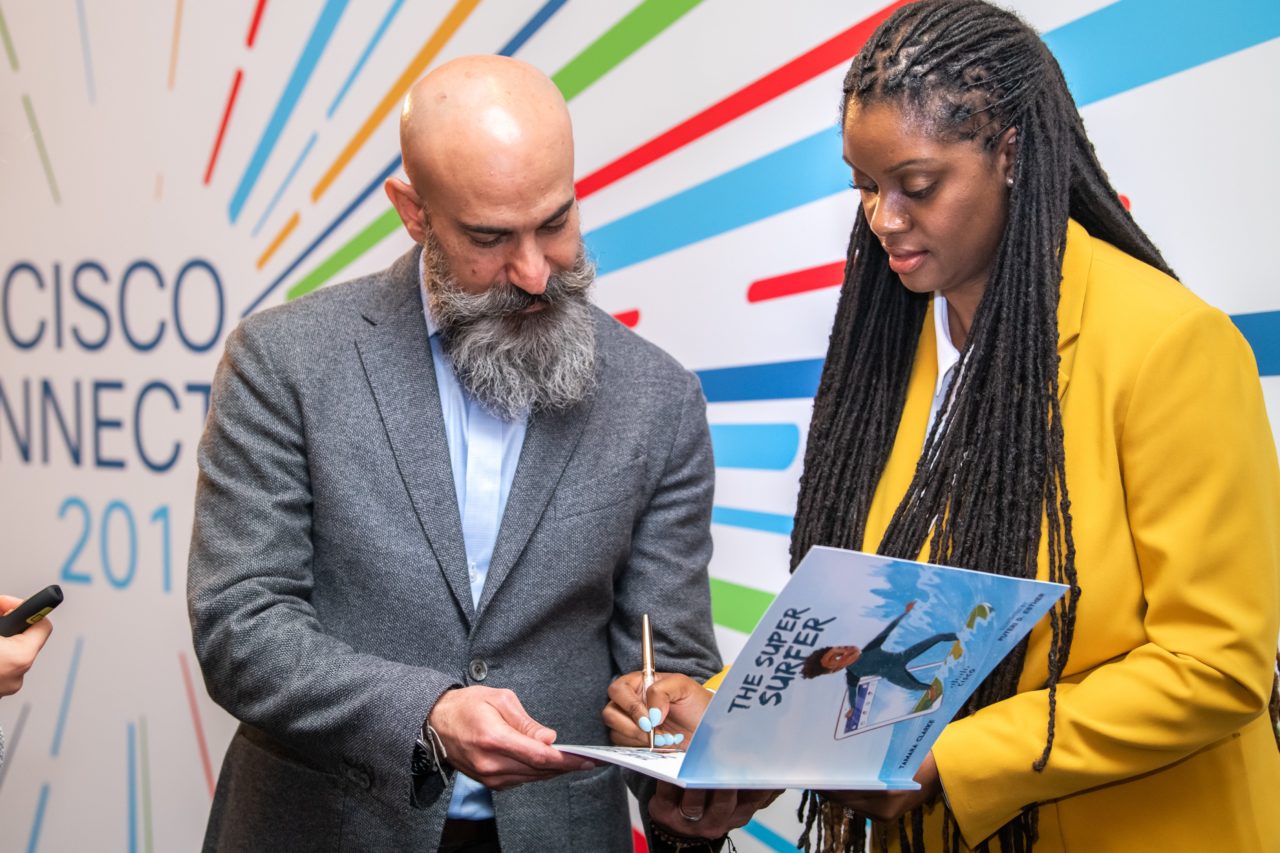 The digital world has given Tamara Clarke many opportunities, including her work as a tech blogger and columnist. But like any parent, the former software development professional has her own struggles with how to protect her two children, boys ages 4 and 7, while they are on digital devices, not to mention with the amount of time they spend on technology.

“It is an area of concern,” she says. “They are digital natives and they were born in the swipe and push era. They knew how to use devices very early in life because they would see their parents using them.”

Whenever the 38-year-old Abu Dhabi-based American speaks to other parents, she can see what an impact the proliferation is having on them, too. Then a tech company offered to help her engage in a giveaway of anti-virus software that came with parental controls. “That’s what first alerted me to the fact that we are consuming digital devices, personal devices at a much higher rate than we are actually protecting ourselves when we are using these products,” she says.

Clarke and her husband have used books to introduce a variety of topics to their kids, from potty training to going to a new school. So she partnered with Cisco Middle East to publish The Super Surfer, a book that follows 5-year-old Wally as he navigates the internet and learns to address everything from popups to cyberbullying to when and how to share personal information. The goal is to empower parents to educate their children about internet safety.

Here are five ways to help make that happen.

1) Be involved in your children’s use of technology

For example, Clarke’s children will often ask to have their picture taken when they are doing something they are proud of, which creates an opportunity to discuss why the picture may or may not be a good one to send to family or share on social media.

“You have to seize the moment with them,” she says. “The undercurrent through all of it is seek an adult.”

That is why in The Super Surfer, Wally often consults his mom or asks her for help.

“They need to know that they can consult an adult when they are making decisions online,” she says. “So if you get a pop up box online and you don’t know how to get around that, you need to go talk to mom you need to go to your dad.”

She continued that “privacy with kids doesn’t even need to become a concept until they hit their teenage years. When they are young, the age of my kids, you don’t have privacy with your device.”

At Clarke’s house, there is a charging station in the common area of the house and that’s where all the devices live and are used.

Even on YouTube, something that has been innocently tagged may have inappropriate content — witness the recent Marmo incident, where disturbing images were inserted into children’s footage. Just by being in the room, parents can listen for what is being watched and quickly steer kids away if necessary.

“It should be managed time,” says Clarke.

This rule can continue on when the children are older and possibly get into gaming, helping avoid a scenario where they are hidden away in a room, reluctant to emerge.

3) Have a family digital detox

Clarke spoke at a panel where she encountered families at their wit’s end about the amount of time technology was taking up.

“Parents were like, ‘I know I need to set some rules but I don’t even know where to start. We’ve got so many bad habits and I feel like it’s so far gone – how do I correct that? How do I pull it back?’”

Clarke recommends what is now, for many families, the unthinkable: a digital detox of all devices for one full week.

“It’s going to be the hardest thing you’ve ever had to probably do,” she says. “Your kids will not be happy with you.”

Clarke is happy to report that when she did her own detox, the first two days were hard — they were asking for their devices — but by day three they stopped asking and were filling their days with other activities.

Once the detox is over, it’s time to discuss a new way forward.

“Before I hand back the devices, I would sit at a table and I would set those devices beside me and I would sit there and explain what the rules are,” she says. “Set very clear rules and expectations and then you give them back.”

Clarke and her husband use the Google Family Link app for android devices to set parental control over devices. That means if a child tries to access something or make changes, they need a password from their parents.

When it comes to the internet, there are some big rules to follow, but it’s never too early to start talking about them. “Bullies get blocked,” says Clarke. “You don’t have to subject yourself to any abuse online.”

As Wally learns in the book, children can sidestep malware or fishing attacks by looking for an ‘x’ in any popup block and closing it out.

“We don’t want kids making decisions about whether or not they need to engage with those types of popup boxes,” she said. “It could be someone asking for information to use in a nefarious way and we don’t want that.”

The same goes for anyone who asks for any person online asking for information or access. The same instructions about stranger danger that are given in real life apply online for children, too.

“Someone on the other end of a keyboard it might not feel they are a stranger, but you need to remind your children that these people are strangers,” says Clarke. “And some strangers will pose a danger to you so you don’t want to share all your personal information on the internet.”

What to do after an autism diagnosis in the UAE