Menu
For most runners, aside from those intrepid zealots chasing ultra-distances, the marathon represents the pinnacle of their sport. On Friday November 26 2021, the ADNOC Abu Dhabi Marathon returns to give entrants in the UAE capital an opportunity to reach their own milestones by completing 42 kilometers.  It is the third incarnation of the Abu Dhabi Marathon and after a two-year, Covid-enforced wait, the 2021 edition promises a new, faster route that is focused around... 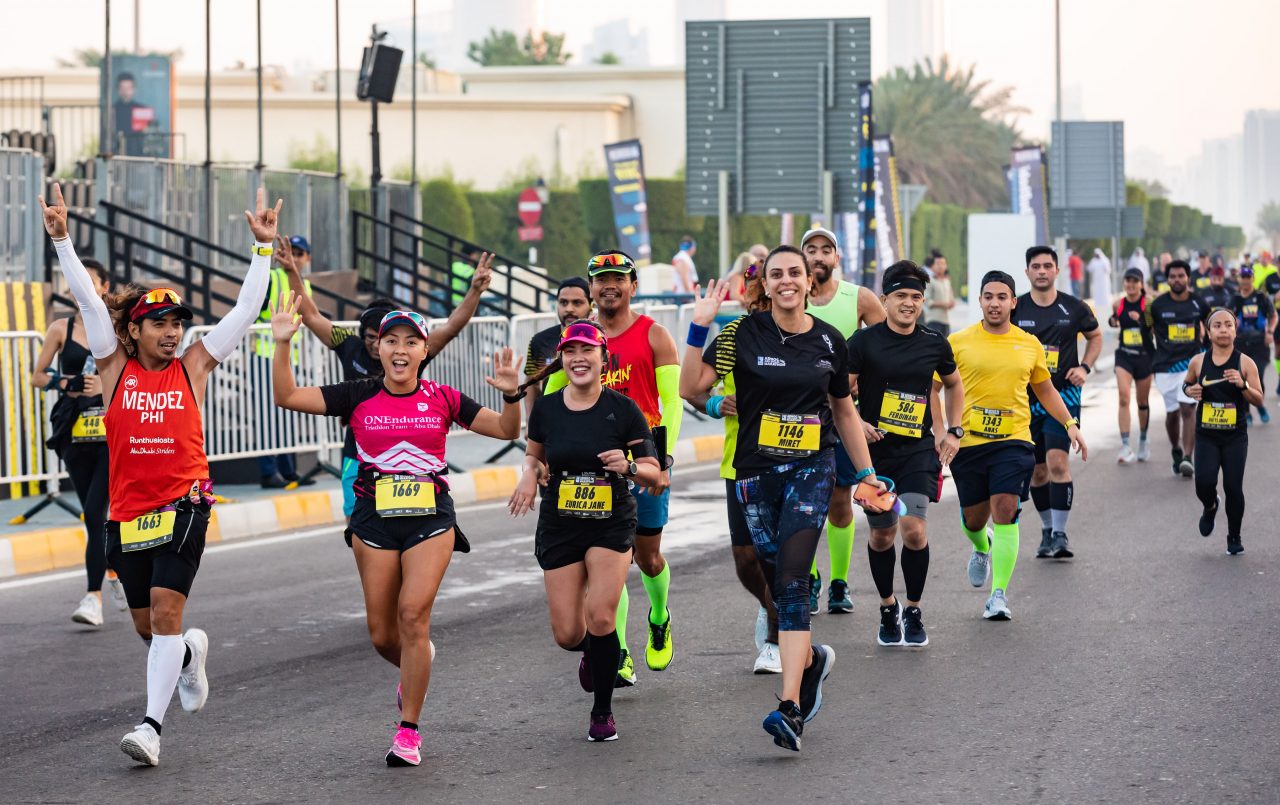 For most runners, aside from those intrepid zealots chasing ultra-distances, the marathon represents the pinnacle of their sport. On Friday November 26 2021, the ADNOC Abu Dhabi Marathon returns to give entrants in the UAE capital an opportunity to reach their own milestones by completing 42 kilometers.

It is the third incarnation of the Abu Dhabi Marathon and after a two-year, Covid-enforced wait, the 2021 edition promises a new, faster route that is focused around the corniche. As with most marathons, shorter distances — of 10km, 5km and a 2.5km — will be available, while for the first time there is an option to run a two-person ‘relay marathon’ of 21km each.

For race director Andrea Trabuio, this ADNOC Abu Dhabi Marathon has been a long time coming. The Italian, who also organized this year’s Milan Marathon, believes that with 10,000 people due to participate, there is clearly a major appetite to pound the pavements of the capital again.

“I think people cannot wait to run,” Trabuio tells LiveHealthy. “The course is very fast, technical and has some of the most iconic places in Abu Dhabi along the course. You can visit the city during your race.

“We want to help people to have their best chance at performing well on this course; we want all the runners to reach their personal best in our marathon. In the last two editions the winner had a time around 2 hours, 4 minutes. It’s a good time — and it could be faster this year.”

Trabuio admits some people may have trepidation about mass participation events in the current climate, but insists organizers have done everything in their power to make things safe for competitors.

There is a cap on numbers for this year, while runners will have to pass through a checkpoint to show a negative PCR test near the start line. They also need to wear a mask for the first 500m of the race.

“This year is difficult for a lot of reasons, and it is understandable that there could be some fear,” she says. “But we have clear regulations. The Milan Marathon May was a great learning experience and we found that people are responsible. We firmly believe that if you deliver a safe event, people will come. I’m optimistic.”

Robert Mariquit is among the many Abu Dhabi residents taking part, and he is confident that the marathon will be run safely.

“I don’t feel worried about the race from a Covid perspective,” he says. “Abu Dhabi Municipality has been really strict implementing Covid protocols in every walk of life so I think runners will feel reassured that everything is as safe as it can be.

“Everybody is excited here in Abu Dhabi – for runners it is a big highlight and the anticipation has been building so much as it has been two years since we last had this race.”

Mariquit, who has been training with adidas Runners Abu Dhabi and Abu Dhabi Striders, is treating the marathon as a — somewhat unusual — birthday celebration.

“I’m turning 42 years old this week, so I thought it would be a good idea to run 42km to mark the occasion,” he says. “Being part of a running club has really helped with training. My teammates have been incredibly supportive. It’s a great community.

“Running is an outlet for me and it has helped me so much during the pandemic, with both my mental and physical wellbeing.”

While this year’s ADNOC Abu Dhabi Marathon is likely to have more of a homegrown feel, there will be many elite athletes on the start line too, including some of the world’s top 100 runners like Titus Ekiru, Abel Kirui and Barnabas Kiptum.

Trabuio believes the event has the potential to be considered among the best internationally in the future.

“It is important that this is a run for the community of the city, but of course we want to be among the most important marathons in the world and for the world to talk about the Abu Dhabi Marathon,” he adds.

“The date is important to attract people as it is at the end of the season, after the other important marathons like Chicago, Boston and New York. When people come to Abu Dhabi from overseas, particularly if they’ve been involved in those races, they will find perfect weather to compete, and to spend a few days in this place.

“From the elite athletes to the last runners who finish, we want to deliver the best experience for everyone.”

What does hosting COP28 mean for the UAE's green goals?