Menu
Almost exactly 11 years ago I walked into the office of a professor of oncology at a major London hospital to get the results of a breast biopsy. I felt confident that it could not be bad news; after all, the mammogram I’d had only two months earlier had been clear. Although they tell you to bring someone with you, I had tried (unsuccessfully) to persuade my husband that there was no need for him... 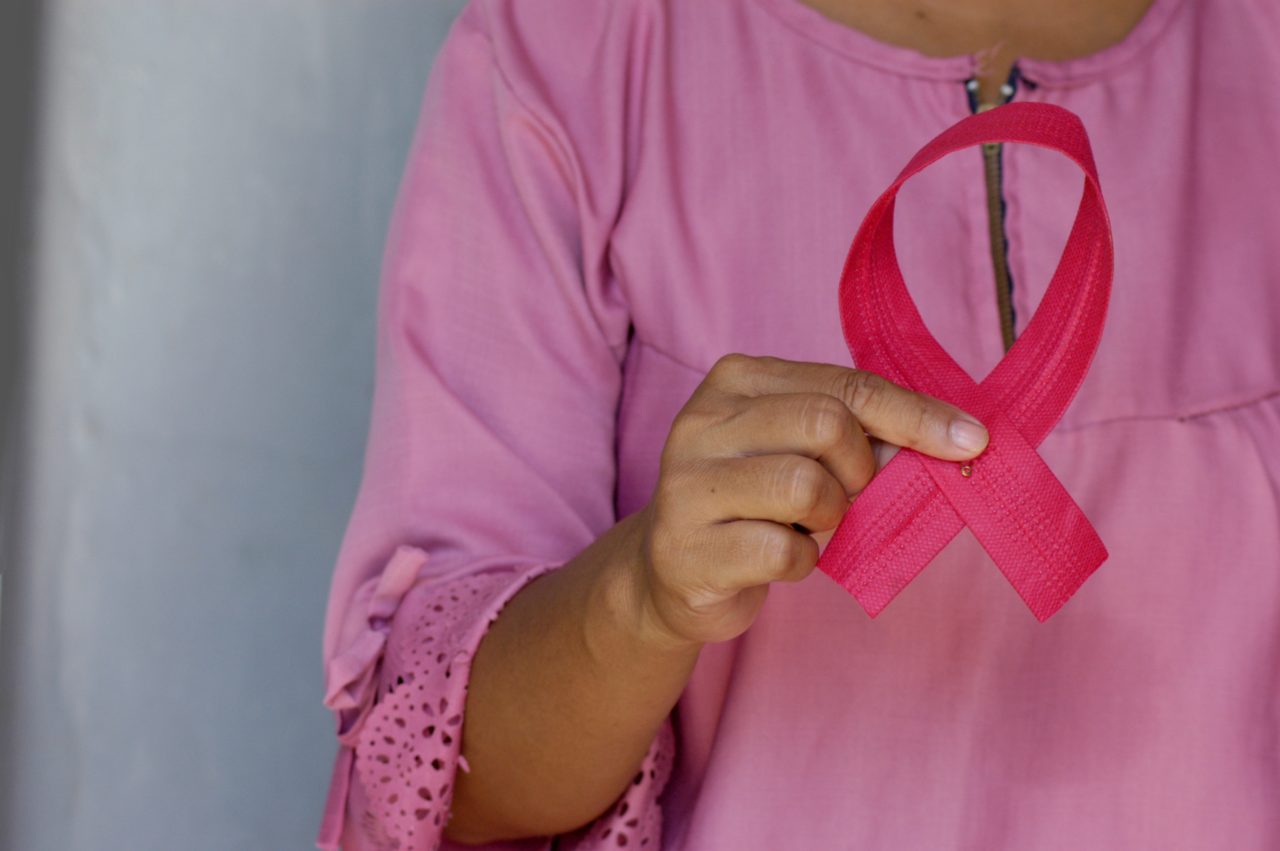 Almost exactly 11 years ago I walked into the office of a professor of oncology at a major London hospital to get the results of a breast biopsy. I felt confident that it could not be bad news; after all, the mammogram I’d had only two months earlier had been clear. Although they tell you to bring someone with you, I had tried (unsuccessfully) to persuade my husband that there was no need for him to accompany me.

But as I walked in, I remember the thought flitting across the back of my mind: why has the doctor got a nurse sitting with him?

It wasn’t good news. The lump in my right breast was a tumour. I had breast cancer and would need chemotherapy to shrink the tumour, then surgery and then radiotherapy to kill off anything that was left.

I felt indignant, frankly. Why make women have mammograms – which are REALLY uncomfortable, even painful – if they can’t spot something growing inside you that could kill you? The kindly professor explained that my kind of cancer, invasive lobular carcinoma, was one of the rarer types, occurring in only  around 10 percent of women. It is also difficult to detect from a mammogram.

That shook me. Even after feeling the lump just behind my nipple, I had resisted going to my family doctor for some weeks, precisely because of that recent “clear” mammogram. I only went because my husband nagged me. When my GP said he was referring me to the breast clinic I whined, “But why? I just had a clear mammogram”. I only went because he nagged me.

“I don’t care about the mammogram,” he said. “Every lump needs to be investigated, so no arguing, you’re going.”

Now I understood why the professor had a nurse sitting with him. It was in case I freaked out.

In a way, I feared chemotherapy more than cancer. Later I would learn that what I knew about chemo — that you throw up a lot and feel ghastly — was completely out of date. It is far more fine-tuned and no longer the assault on the body that it used to be. But I didn’t know that when I asked the kindly professor how many sessions it would take for the tumour to start to shrink (“We’d expect to see a change after two”) and could I stop at any time if it got too awful? (“Absolutely.”)

Over the next few days, I told my family and the work colleagues who needed to know but really, I was sleepwalking. And when I wasn’t sleepwalking I was imagining my own funeral. A talk with my boss — a notoriously difficult man but also capable of great kindness — woke me up. I realised I needed to treat my cancer like a job, so I got to work, reading and researching.

When you enter cancer world, you learn many things. For example: breast cancer isn’t one disease, it’s 30.

Ginger in any form, even ginger biscuits, is really good for alleviating chemo-nausea. Thyme is absolutely loaded with iron so sprinkle it over everything to offset anemia. It’s pointless to wonder what you did wrong or ask yourself ‘Why me?’  Frankly, with one in eight women in the UK diagnosed with breast cancer, why not me?

Some people say chemo makes everything taste metallic; for me it was if the inside of my mouth were coated in butter .

My hair started falling out after my second session. I had worn the ice cap, which is supposed to preserve your hair by freezing your hair follicles, but it didn’t work for me. I didn’t mind much about the hair — I knew it would grow back. That was also when I had my very last period.

Chemo does have it upsides. Chemo skin, for example. Chemo is a systemic treatment that goes around killing all the bad cells in your body, so my skin had never looked better. Yes, I lost my hair but I also didn’t need to shave my legs or my underarms.

When you have breast cancer, it’s essential to establish if the cancer has spread to the lymph nodes. This involves surgery to remove what’s called the sentinel node — as the name suggests, the gatekeeper to the lymphatic system in your armpit — and a few more around it. For me it was good news; my sentinel node and all the other lymph nodes were cancer-free.

After six cycles of chemo, my tumour had shrunk from 37mm to the size of a coriander seed. I would need only a lumpectomy, not a full mastectomy. In the event I had two lumpectomies because the first one did not clear everything out.

Then came six weeks of radiotherapy, every day except for weekends. Most of the half-hour appointments were spent arranging me in exactly the right position; the radiation itself took about a minute. Some people are left with skin that looks burnt. Mine just looked slightly suntanned.

And that was it — after nine months, my treatment was finished. And that’s when the hard work began for me.

In cancer world you are part of a team with doctors, radiologists, specialist nurses, therapists and counsellors. Your job within that team is to show up and do what they tell you. Suddenly the team was disbanded. Although I had a loving, supportive husband, good friends and kind workmates, I felt bereft. At work, I would often retreat to the bathroom to weep and weep.

As my cancer was fed by estrogen, I had to take hormone suppressants, which sent me into instant menopause. What would normally take two years or so all happened within two weeks.

I was prescribed Tamoxifen, the go-to breast cancer drug (they call it “the aspirin of breast cancer”) but I suffered terrible mood swings, depression and constant tearfulness. My oncologist asked if I felt suicidal. I didn’t, but there is a whole lot of space between feeling suicidal and feeling good and I was floundering in it.

After a year, my oncologist switched me to Arimidex, one of a range of new drugs that he called ‘daughters of Tamoxifen’. I had to take that for a further four years, to keep my hormones suppressed. The nature of my cancer also means I can’t ever have menopause hormone therapy.

Did having breast cancer change me? I wish I could come up with some profound philosophical insight but in all honesty, I can’t. I have no more anger, patience or equanimity than I had before. I generally eat healthily and try to stay fit. Cancer treatment was not the nicest thing I’ve ever gone through but it wasn’t the worst, either, and I don’t want breast cancer to define me. I don’t want it to be the most significant thing that has ever happened to me.

I still worked during treatment — not every day but often, because I wanted somewhere to go that wasn’t a hospital. Now, I do my best to enjoy life and if I sometimes feel I have forgotten how, that is a separate issue and nothing to do with cancer.

A few years ago, there was a movement on social media in which women posted images of themselves with no make-up on to raise awareness of breast cancer. I was scornful. You’re not wearing make-up? Big deal! How brave! If you really want to show some solidarity with me, shave your hair off! But then, that campaign ended up raising more than £8 million (Dh38million), so how can I knock it?

Pink October, on the other hand, is terrific. It’s thanks to all that pink stuff over the years that knowledge about breast cancer and how to treat it has advanced so remarkably that it is no longer the automatic death sentence it used to be (and that I, in my darkest moments, still feared it was.)

Three months before my diagnosis, I took part in a 5km run through a London park in aid of cancer research. Ten days later, I took part in the Moonwalk — a marathon-length (40km) walk through the night, in aid of breast cancer. This was not at all typical behaviour for me, but I somehow felt compelled. My husband says that at some deeply subliminal, cellular level, I must have known that I was running and walking for myself.

Who knows? The following year, just 10 days after the end of my treatment, I did the Moonwalk again.

That was 10 years ago. I don’t think about cancer much and I talk about it even less, unless asked and not always even then. But if asked by someone who really needs to know, I will say that breast cancer does not have the power it used to have. It’s not about “battling” the disease, either. How I hate that term, as if the unfortunate women who die from it are somehow to blame for not fighting hard enough. It’s because the science is better.

And for that I will thank anyone I need to — including those women who posted selfies with no make-up on.