Menu
Maitha Al Khayat is a best-selling author of children’s books. In fact, you could almost call her the J K Rowling of the Arab world, except that she is far more prolific – 172 books so far, including a set of school primers – and she does her own illustrations. She has also written TV scripts for the Arabic version of Sesame Street and Hamdoon, the Emirati cartoon series. Oh, and she writes equally well in... 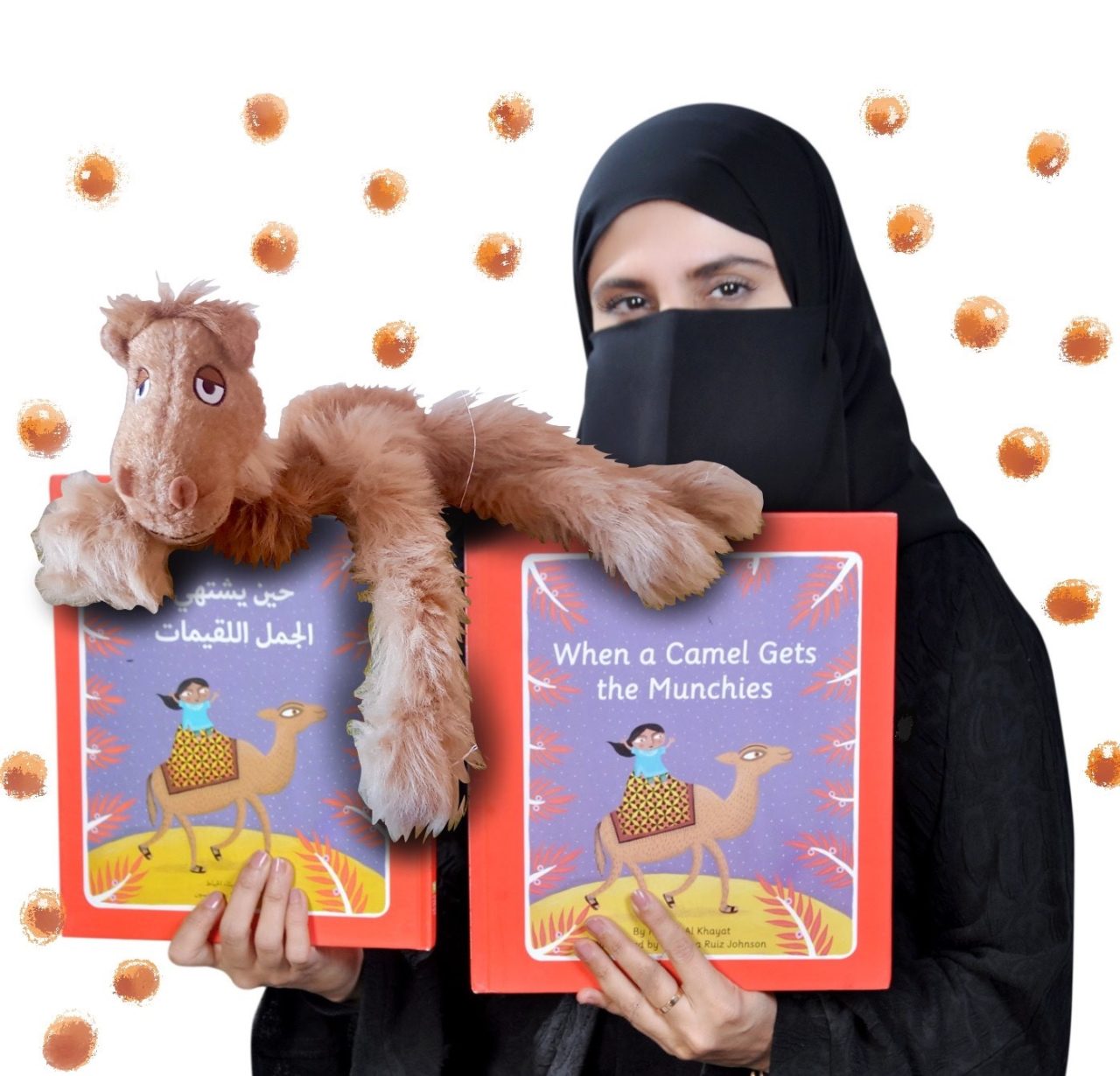 Maitha Al Khayat is a best-selling author of children’s books. In fact, you could almost call her the J K Rowling of the Arab world, except that she is far more prolific – 172 books so far, including a set of school primers – and she does her own illustrations. She has also written TV scripts for the Arabic version of Sesame Street and Hamdoon, the Emirati cartoon series. Oh, and she writes equally well in two languages – Arabic and English. Beat that, if you can, JK.

Al Khayat is the third presenter on Flow Talks, a live-streamed series featuring inspirational figures from the UAE, on which she will read aloud one of her best-loved stories and then hold an interactive art session.

How will that work? “This is my first live thing so I will see where it takes me,” she says. “I will go with the flow! That’s what it’s called, right?”

She is also the mother of five children, ages 18 to five, which immediately begs the question: how on earth does she find time to write?

“At times, my life has been crazy, it’s true,” she says. “When I started writing, I was living at my mother-in-law’s house and everything went on in my room. It was where we slept, where the kids played and where I wrote. We’re in our own home now but I still write everywhere. If I get an idea I have to make notes on it right away, whatever else I’m doing. I’m lucky that my husband, mother and mother-in-law are all very supportive. My mother-in-law has always worked so my husband is quite used to the idea. And with five children there is always plenty of inspiration for stories.”

Now 41, her first book was published 12 years ago. But her love of story-telling comes from the bedtime stories her father would make up for her when she was a child.

“Ours is an oral tradition. Stories aren’t written down, but passed down from generation to generation by telling. I fell in love with books when we lived in the UK, while my father was doing his PhD. Because I couldn’t speak the language very well at first, I spent a lot of time in the library, where I would immerse myself in picture books.”

Al Khayat was 10 when her family returned to the UAE, but she could not find the sort of storybooks she had loved back in Britain. Years later when she became a mother herself, she found things had not changed.

“There were some children’s books around, but they tended to be written by foreigners, so they didn’t have that depth of knowledge about our traditions, about what goes on in Emirati homes.”

The idea for her first book came from her children.

“We’re based in Ras Al Khaimah, but my husband was working away in Abu Dhabi and the children missed him,” Al Khayat recalls. “I got quite cross. Here I was, doing everything for them and all they wanted was their father. But then they said, ‘But you don’t have a beard!’ It turns out they missed stroking and playing with their father’s beard. They missed the feeling of comfort. That gave me the idea for my first book. I got my sketch pad and started doodling lots of daddies.”

The result was I Love My Daddy’s Long Beard, which takes children on a journey through the landscapes of the Emirates evoked by the waves and textures of their beloved father’s facial hair.

Surprisingly, Al Khayat wrote it in English. After seven years abroad she simply did not feel confident enough in Arabic to write in the language. But the book proved so popular that teachers begged her to write an Arabic version.

“So I went back to basics. I was in my early thirties but I dived into kids’ primers and that’s when I learned Arabic properly,” she says.

But, remembering the difficulty she had faced in finding books that appealed to her own young self, she wrote in simple, uncomplicated, language.

“I got hooked on Dr Seuss and books by Roald Dahl because they transported me. I wanted my books to do that for children, too. I didn’t want to preach at them.”

Al Khayat’s books deal with aspects of Emirati life, such as food and dress. My Own Special Way, about a little girl exploring ways to wear the hijab, won the Best Book prize at the Children’s Forum in Riyadh in 2011. It was also her breakthrough into the international market after it became the first book from the UAE to be nominated for best children’s book in translation at the prestigious Marsh Awards in Britain.

A publisher reckoned Al Khayat’s child-friendly, humorous way with words would work well for school textbooks and commissioned her to write an entire series for all levels – 145 in all, a project that took more than four years.

For her Flow talk she has chosen to read her hugely popular best-seller, When a Camel Gets The Munchies. In the Arabic title, the camel’s craving is more specific: he’s hankering after an Emirati dessert called logaimat, but Al Khayat’s publisher thought “munchies” would sell better, she explains.

Like her father before, Al Khayat loved telling bedtime stories to her children. But can books compete with the games and videos available to every child with a mobile phone?

“If their parents don’t do it, children will lose the habit of reading,” says Al Khayat. “Books are not just for learning – they are also a tool of communication between parents and their kids, a source of entertainment to be enjoyed together. In our house, my kids have their devices, sure. But there is always, always a bedtime story.”

You can listen to Maitha Al Khayat live on Wednesday, May 20, from 5-6pm in the Flow Talk Series – Ramadan Edition,  available free on Flow’s Instagram account every Wednesday in May.

Ramadan: Exercise and fasting can go together