Menu
Vegans are now spoiled for choice in small cafes and restaurants, but hotels have been slow to take note of the trend. That’s all changing now, as venues are realizing the demand for vegan-friendly hotels in the UAE.  Here are some of our favorite plant-forward hotels in Dubai and Abu Dhabi. Arjaan by Rotana, Abu Dhabi While Cafe 302 tends to be vegan-friendly all week long, the Roots and Shoots Night all-you-can-eat buffet has taken... 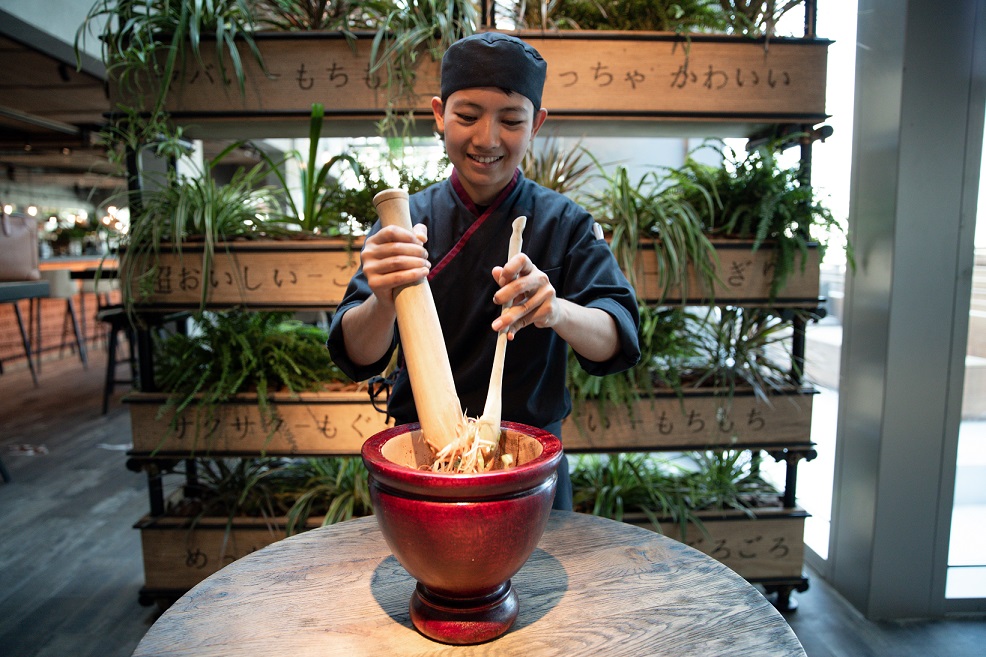 Vegans are now spoiled for choice in small cafes and restaurants, but hotels have been slow to take note of the trend. That’s all changing now, as venues are realizing the demand for vegan-friendly hotels in the UAE.  Here are some of our favorite plant-forward hotels in Dubai and Abu Dhabi.

While Cafe 302 tends to be vegan-friendly all week long, the Roots and Shoots Night all-you-can-eat buffet has taken the concept to new levels on Thursday evenings. Start the meal with a plant-based salad bar, then dive into plenty of vegan mains and desserts. Dishes include crispy tofu quinoa noodles, baked cinnamon pumpkin tarts, plant-based burgers, cherry brownies and more. Prices start from Dhs89 for the buffet plus soft drinks.

The Four Seasons is shaping up to be one of the most vegan-friendly hotels in the country (stay tuned for the Abu Dhabi branch): Meat-Free Mondays at Mina Brasserie is all about vegan and veggie food. Dishes include roasted beets with hazelnuts, cherry tomatoes on a grilled baguette, tomato and avocado salad, and plenty of (non-vegan but entirely optional) cheese. All this happens in a chic cafe environment. Tipple is also available on tap.

Steak is, quite literally, the name of the game at The Foundry’s Raising the Steaks Friday Brunch — but Southern Sun is one of those forward-thinking hotels that has implemented a whole new vegan corner to suit guests who don’t want to consume animal products. Here you’ll find mushroom and asparagus risotto, vegan curry, coconut-infused spinach, buddha bowls and some hefty vegan burritos. They also offer the seriously tasty Beyond Meat burgers. Dessert changes weekly, with items including banana fritters chocolate vegan mousse. Brunch starts from Dhs199 per person.

This Venice-inspired hotel  has gone vegan-friendly in a big way, with it’s new Chef’s Brunch at Giornotte Restaurant. Every station comes with a veganized alternative, meaning if you fancy a vegan burger, or a meat-free carrot hot dog or pizza, you can find it. At the carving station, there’s grilled pineapple and watermelon, there’s a range of mushrooms, vegan kofta and grilled veggies on the grill and a dedicated vegan superfood section. Even the dessert kitchen has its own vegan and gluten-free section. And the price is right for vegans, too: Dhs359 with adult beverages.

While a few vegan afternoon teas have already popped up around Dubai (just check out the fabulous option at Brambles Cafe in Tecom), this Vegan Afternoon Tea is the first to include “Live Healthy” in a dish (no relation, just happy coincidence). Here you can feast on vegan Live Healthy cookies, blueberry cake, crockpot sandwiches with sun-dried tomatoes, and even lentil-stuffed cabbage rolls. This all is served alongside matcha, beetroot, or charcoal cappuccinos and teas. Afternoon tea runs 2pm to 6pm, Dhs140 per person.

Pink interiors and angel-winged walls have made the pretty hotel cafe Bounty Beats a long-time favorite of Dubai’s Instagram crowd, and its vegan menu has always been pretty impressive. But now the boho-inspired venue is rolling out even more plant-based offerings. New dishes include Flipping Crazy, a pancake made from zucchini, shiitake mushroom and bell pepper, plus melon poke, a watermelon dish with sticky rice, edamame and seaweed. For dessert, there’s a new “snickers bar” that combines cashew cream, oats and coconut ganache.

We’re old fans of the vegan-friendly hotel Zabeel House in The Greens, and Lah Lah‘s range of 13 new vegan dishes has won us over even more. The property’s licensed pan-Asian restaurant is now serving vegan green papaya salad, green curry with tofu, Thai eggplant, and wok-fried crispy tofu. All of this comes with a hefty dose of Thai flavors and plenty of optional added spice, plus bevies on tap.

Executive chef Christian Buenrostro has gone all-in here, making this the first hotel in the country to create an entirely vegan and raw menu. Offered daily at Al Meylas, the Four Seasons Hotel Abu Dhabi’s lobby cafe, nothing on the menu has been heated beyond 115 to 118 Fahrenheit (47 Celsius), so as to preserve nutrients and enzymes. Grains and legumes are sprouted and soaked, while nuts, seeds and fruits and vegetables are used in mind-bendingly creative ways. Best of all, the items – from baby gem nachos to pad thai to pizza to a better-than-most-non-vegan blueberry cheesecake – are not only highly creative, but delicious.

An entirely vegan menu is available at the British terraced restaurant Marina Social, meaning you can feast on black truffle risotto or salt-baked beetroot while your friends are nibbling their way through posh ‘reimagined’ hotdogs and traditional roasts. There’s even a KFC Korean fried cauliflower to curb those fast-food cravings. Skip the dessert (only sorbet is on offer for vegans) and instead enjoy the venue’s incredibly creative mocktails.

Plant lovers will never be short of options at Ronda Locatelli, a swanky, vegan-friendly hotel on the Palm. Claiming to have the largest vegan menu in Dubai, there are more than 40 options including a basil and cherry tomato salad with vegan cheese, homemade pasta with broad beans, vegan white-cheese pizza with asparagus, and plenty more. When the feasting is done, you can dive into a vegan chocolate sphere that sits over coconut ice cream, or vegan chocolate cake.

Dubai Vegan Days  – a hotel brunch – tends to bounce from venue to venue, but lately it’s been hanging around The Daily in Rove Healthcare City (and returns there on Saturday, December 7, 2019). The event typically teams up with vegan chef Zendy Marsam, who changes it up with her version of savory Wellington Nut Roast and all the trimmings for a complete Asian feast. There are lots of good sides, a colourful salad buffet with vegan dressings and desserts courtesy of Vegan Artiserie. As Dubai Vegan Days run as one-off events around the city, the best place to find information on booking is via the group’s Facebook page.

Everything you need to know about Dubai Active

Sugar has no place in your child’s lunch box