Menu
From vigorous flows to outdoor relaxation, here are some amazing local spots to sweat while finding serenity. 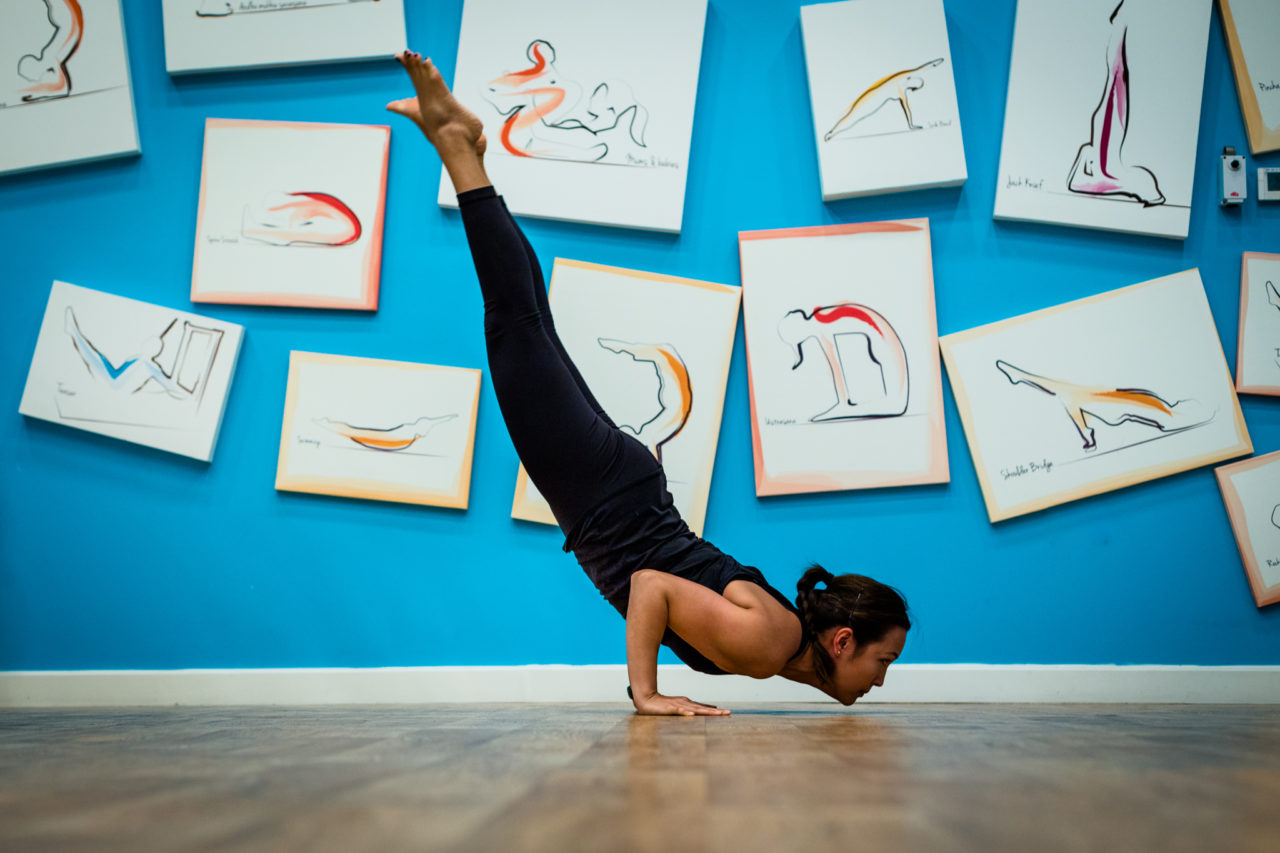 Yoga in the UAE has exploded, and with it, a dramatic rise in new interest in this very old practice. Here are 11 of the best yoga studios in Dubai and Abu Dhabi – don’t worry, we’ll be adding to them over time.

Created by the merging of two separate studios (Soma Pilates and Yoga Tree Studios) in 2011, Abu Dhabi’s BodyTree Studio provides a fusion of yoga, pilates and dance. Workshops and international visiting yogis add to the studio’s already busy schedule, one that’s heaving with offerings of barre, pilates, pre-natal yoga, yoga therapy, ballet, pointe, hip hop and plenty more. There are even classes aimed at children by age categories. When your yoga session is done, you can grab a smoothie from the studio’s Nectar Juice Bar.

To reach this airy, one-room yoga studio, you’ll need to walk through the Fairmont’s massive lobby, go down some stairs, walk past a pool and go up a winding path — but the journey’s worth it. Small as it might be, the yoga here comes with solid instructors and dedicated students. Expect plenty of sun salutations and a fair bit of sweat. When class is done, you can take advantage of the amazing light from floor-to-ceiling windows for a quick post-yoga selfie. Once a month, Fairmont The Palm also hosts Full Moon Yoga. These outdoor classes are done under the full Moon, with mats on the sand and music in the air. Sessions draw a crowd and book out quickly.

This Abu Dhabi studio focuses on (as it name suggests) hot yoga. Originally based on the Bikram method, where classes follow a flow of 26 postures done over 90 minutes in humid, sticky heat, the studio has branched out major ways. It’s also under new ownership by livehealthy.ae’s own expert, Pem Fassa. They have a range of classes now, including pilates, ashtanga, vinyasa, pre-natal classes, yin, warrior, the new Stretch ‘n Align and tough but fun Air Barre.

Hammocks and cosy seating fill the reception area of this Dubai Marina studio. “It definitely has a warm atmosphere,” says Johanna Bergsli, general manager of GuavaPass UAE, when highlighting Karma as one of her favourites. “It’s a mix between what Scandinavians call ‘hygge,'” with its dimmed lights and candles, “and a Balinese feel of almost being in a spa.” Classes span hatha, vinyasa, ashtanga, and even power yoga. Karma Yoga’s many rooms means it can also offer acro and swing yoga. Yoga meditation, yin yoga and the incredibly soothing yoga nidra are also offered, making it great for slowing down.

This studio is a relative newcomer to the scene, located in Mangrove One near Al Seef, filling in the area between Al Zeina, Body Tree and the Corniche. It offers almost daily hot classes, whether it be flow or hatha, yin, meditation, gentle, power and anti-gravity. There’s a lovely light in their upper lobby, two spaces and some great instructors.

Known more for its reformer pilates classes than its yoga offerings, this Jumeirah studio has recently launched RA Flex, a yoga-inspired stretch class. For 60 minutes you will sink slowly into poses, focusing on relaxing your muscles and increasing flexibility. Dubai yogi Laura McCone instructs. When the class is done, you can nip across to vegan-favourite, Comptoir 102 for a healthy veggie breakfast.

This is the rare Emirati-owned yoga studio, located in a spacious villa on the Corniche. Mariam Al Sayegh opened it several years ago when she struggled to find women-only classes. Her goal was to create a calm, inspiring, community space: no massive classes, nothing overwhelming. And that’s how it feels inside the white interior: as if you’ve arrived to do yoga in someone’s home. There’s all kinds of yoga, including anti-gravity, pilates – they bump up the cardio with the Jumpboard Reformer – as well as a really tough Barre Attack.

The brainchild of Natasha Rudatsenko, the founder of Rawr Yoga and Munchies, Dryp brings upmarket hot yoga to Dubai’s marina. The waterfront studio is all pale colors and faded pinks, with matching yoga mats, bleached woods and grey accents. Like with most hot yoga studios, Dryp draws on the Bikram method with its 26 postures done in a heated space. Yet here there’s also Hot Yoga Sculpt (a class that mixes in free weights with the heated yoga), Hot Yoga Vinyasa, Hot Yin Yoga and more.

With exposed grey brick, black accents and floor-to-ceiling windows, Urban Yoga positively drips with industrial city edge  — only fitting given its Business Bay location. Instructors like Lululemon brand ambassador Neha Duseja will work you through a variety of beginner to advance classes. Some feature partner work and handstand practice. Others move through flows set to candlelight. Try the Strala Strong for non-traditional yoga set to upbeat music, or book into a hatha class for a strong practice of each pose. 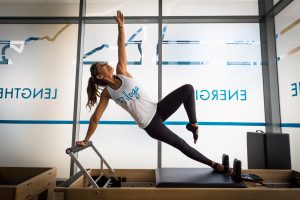 This is one yoga studio that likes to be, to quote Piloga founder Hani Philobbos, a little bit rebellious. “We love breaking the rules, breaking traditions,” he said. Like playing Bob Marley music during class. Traditional yoga offerings mix with more contemporary fares, like a BootyBuster class. The Dubai studio itself has cheeky touches and painted wings on the walls, great for those post-yoga pics. Special workshops and classes are offered throughout the year.

Think outside the studio

Sometimes you just want to train in the great outdoors, or in a mall, or on a cinema’s rooftop. Fortunately there are some fantastic UAE groups that offer ad-hoc yoga events in unique locations.

Lululemon Middle East run regular free yoga sessions at its stores around the UAE, as well as pop-up events in various locations. Adidas Runners Dubai do yoga once a week on the beach or SkyDive Dubai. Then there’s Yogafest Dubai, the community-led event held in Dubai Internet City with over five themed areas and thousands of participants. And in Abu Dhabi, there are regular outdoor sessions held at Umm Al Emarat Park through the Raw Yoga Meetup group.

Sanderson’s at Al Seef in Abu Dhabi: Good, healthy food, without going on about it